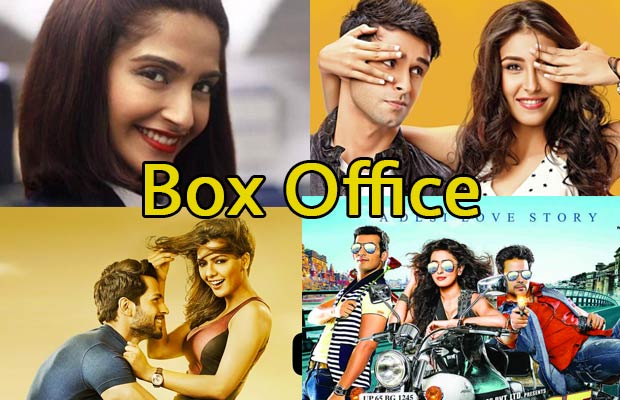 [tps_footer]Bollywood had five releases this week. Neerja, Loveshhuda, Ishq Forever, Direct Ishq and Rhythm. Out of the five releases, Sonam Kapoor‘s Neerja surely emerged as the leader. Neerja opened to a 30% occupancy in Mumbai, and in Chandigarh saw a good opening of 45%. The film should have better collections by late evening as films like this normally do. Also being a Holiday today, is an advantage to the film.

Neerja carries a positive word of mouth which will ensure a steady trend at the Box Office. The film has got a limited release on about 700 screens, mainly targeted towards the metros.

Starring Sonam Kapoor, Shabana Azmi and Yogendra Tiku depicts the story of courageous Neerja Bhanot, who was killed on the hijacked plane, Pan Am Flight 73 in the year 1986. Neerja was the senior flight purser on the ill-fated Pan Am Flight 73, which was hijacked by four armed men. Shockingly, this incident took place just 25 hours before her 23rd birthday.

Loveshhuda was next best after Neerja which opened to a 7% occupancy followed by Ishq Forever, Direct Ishq and Rhythm.

Stay tuned to businessofcinema for first day collections of Neerja[/tps_footer]