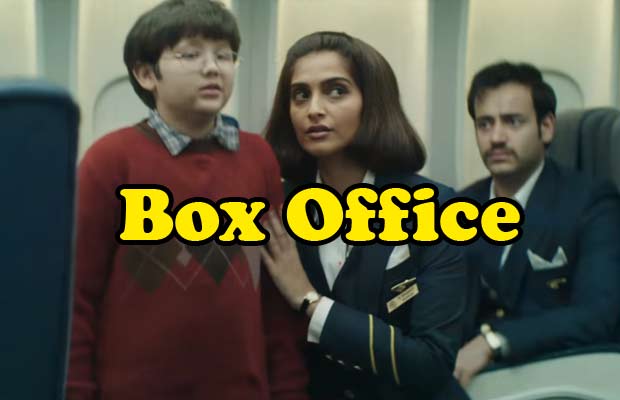 [tps_footer]Ram Madhavani’s Neerja has been grabbing eye balls ever since it’s release. Starring Sonam Kapoor, Shabana Azmi and Yogendra Tiku depicts the story of courageous Neerja Bhanot, who was killed on the hijacked plane, Pan Am Flight 73 in the year 1986. Neerja was the senior flight purser on the ill-fated Pan Am Flight 73, which was hijacked by four armed men.

The film has had a great opening weekend and with each passing day, the film has managed to maintain its pace at the box office and has already become a hit.

Neerja has done very well in it’s first week. The film collected Rs 34.56 crore net approx. (Rs 345 million) The film was made entertainment tax free in Maharashtra on the seventh day and this helped on day seven collections in Mumbai and Pune.

The best business for the film has come in Delhi which has clocked a huge 4.50 crore nett and this is the city not including the rest of the circuit.

This week we had two releases, Tere Bin Laden – Dead Or Alive which is a sequel to the 2010 film Tere Bin Laden and Aligarh. Neerja looks set to dominate this week as well, unless the new releases see a major pick up.[/tps_footer]