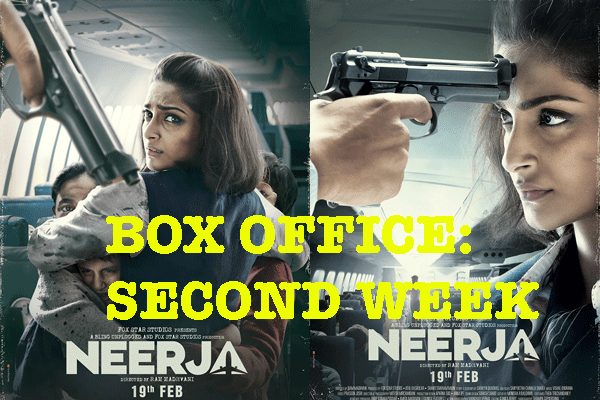 Sonam Kapoor’s Neerja had a great opening weekend and with each passing day, the film has managed to maintain its pace at the box office and has already become a hit.

The film was made entertainment tax free in Maharashtra on the seventh day and this helped on the collections.

Neerja had a good second weekend where the nett collections were helped by Delhi city going tax free over the weekend. Mumbai, Delhi and Pune are doing good business at the box office as the film has gone tax free at these centres.

The film has a tax free status is UP and Gujarat as well but has not been implemented.

Starring Sonam Kapoor, Shabana Azmi and Yogendra Tiku depicts the story of courageous Neerja Bhanot, who was killed on the hijacked plane, Pan Am Flight 73 in the year 1986. Neerja was the senior flight purser on the ill-fated Pan Am Flight 73, which was hijacked by four armed men.