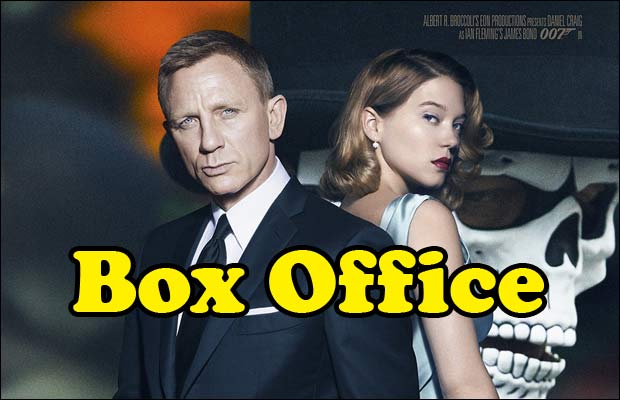 [tps_footer]Hollywood movie ‘Spectre’ that released few weeks ago is still reigning at the box office and has already made massive gains worldwide. The film released in India as well and did better than any James Bond movie released previously. ‘Spectre’ is nearly the collection of a whooping $800 million approximately in its worldwide collection which converts to Rs. 5000 crores net approx at the global box office. The sum is certainly huge, but less compared to films like Jurassic World and Furious 7 that crossed $1 billion this year.

‘Spectre’ collection at Indian box office has been around Rs. 32 crores net approx (Rs. 320 million) which is much better than all the previous James Bond films that released in India. Now that Hollywood releases have increased in India due to the wider scope of audience, the English movies have started performing better than previous years as well. The film was screened across 1250 screens in four different languages – English, Hindi, Tamil and Telugu.

Globally as well the film had at one point of time ranked number 1 at all the box offices it released in including USA, UK as well as European and Asian regions. The film has managed to attract more audience owing to its James Bond legacy and paid previews have helped spread the word. ‘Spectre’ is the 24th installment of James Bond movies starring Daniel Craig as the ace spy.