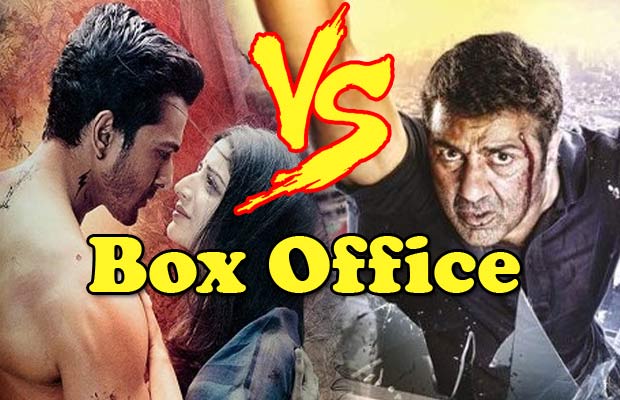 [tps_footer]Sunny Deol’s Ghayal Once Again and Sanam Teri Kasam released yesterday. It was a clash between action and a romantic film at the box office.

Sunny Deol was missing from the limelight since quite long, has finally made his come back on the silver screen with ‘Ghayal Once Again’. ‘Ghayal Once Again’ is the sequel to the blockbuster film ‘Ghayal’ which released way back in 1990.

‘Ghayal Once Again’ received a 15% opening on the first day. The film collected Rs 6.25 crore net (Rs 62 million net) on day one. The movie did a decent business at the single screens than in the multiplexes.

The movies fate depends on Saturday and Sunday collections. Since the film is an action film, the growth for these is normally not very high.

Sanam Teri Kasam debutantes Harshvardhan Rane and Pakistani actress Mawra Hocane opened to a low occupancy. The film collected Rs 95 lakhs net, which is not too bad as these type sometimes collect under 25 lakhs. Since the genre of the film is romantic, it may stand a fair chance on the weekend collections.

Produced by Dharmendra under their home productions, Vijayta films, ‘Ghayal Once Again’ has been written and directed by Sunny himself and is considered to be the actor’s comeback movie. The film also features Soha Ali Khan, Rishabh Arora, Aanchal Munjal, Shivam Patil Diana Khan.