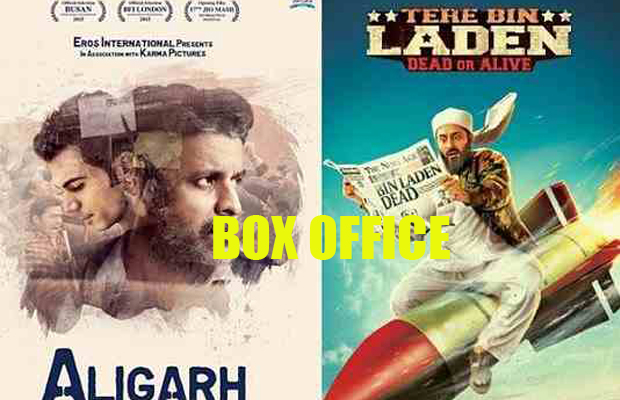 Both the films with two different genres had a very low response and opened poor. Tere Bin Laden – Dead Or Alive is very poor and the first two day collections are less than Tere Bin Laden (2010). On it’s first day, the film collected Rs 75.30 Lakhs. On it’s second day the film could not maintain and fell flat, collected Rs 70.25 Lakhs. The total collection is Rs 1.45 crore net approx. (Rs 14 million)

Manoj Bajpai and Rajkummar Rao’s ‘Aligarh‘ trailer had received unstoppable reviews before the release, which is based on heartbreaking and powerful story of Professor Siras, a prolific teacher who faced abject humiliation and persecution at the hands of university authorities and other citizens for being a gay.

Sonam Kapoor‘s Neerja continues to rule the Box Office even on its second Saturday.