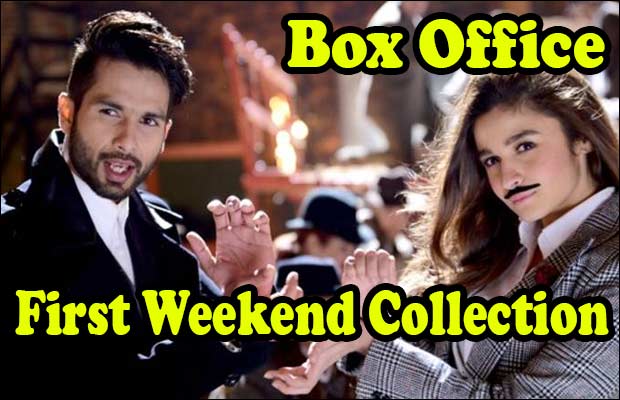 Bollywood film ‘Shaandaar’ starring Shahid Kapoor and Alia Bhatt has finished its four day weekend run at the box office. The film stands at a very poor position having failed to gather crowd at the theaters. The film has managed to collect only Rs. 30.50 crores net approx (305 millions) which is very poor considering the film’s high end casting and promotions. ‘Shaandaar’ had the advantage of opening on a important holiday like Dussehra, but that did not help.

The collections are expected to drop further low on Monday, which indicates that ‘Shaandaar’ might soon be beaten by competition Pyaar Ka Punchnama 2 which performed better. Shahid and Alia starrer film has performed the best in metropolitan cities like Mumbai, Pune and Delhi much similar to the performance by PKP2. Collections in Punjab areas were also decent.

‘Shaandaar’ is a romantic comedy film which sees a rich family going abroad for their daughter’s wedding. The film is getting mixed reviews from audiences and critics. Starring Shahid Kapoor and Alia Bhatt in lead, the film is directed by Vikas Bahl who is still enjoying the legacy of his film ‘Queen’ which was a huge blockbuster. The film also stars actors Sanjay Kapoor, Pankaj Kapoor, Sanah Kapoor and also a special appearance by Karan Johar. After this crash, we’re now waiting to see how ‘Shaandaar’ performs in its first weekdays run at the box office.