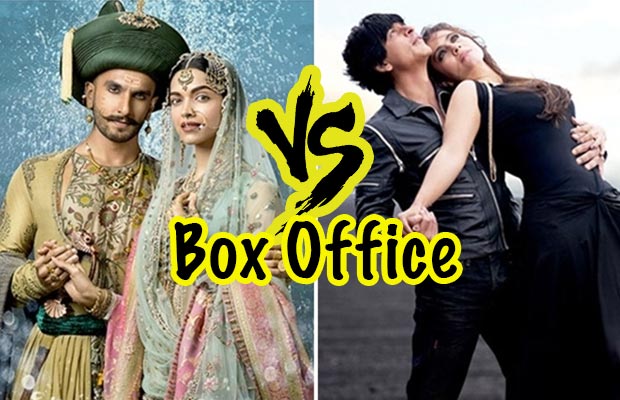 [tps_footer]‘Dilwale’ and ‘Bajirao Mastani’ have been at logger heads with their same release dates. Since the release there has been a competition in their collections at the box office. ‘Dilwale’ being a family entertainer raked in more audiences at the screens initially giving a tough run to ‘Bajirao Mastani’. Sanjay Leela Bhansali’s ‘Bajirao Mastani’ on the other hand managed to keep the audiences hooked with its rich story and concept.

Deepika Padukone and Ranveer Singh’s ‘Bajirao Mastani’ gained all the attention with its strong word of mouth publicity whereas ‘Dilwale’ impressed the masses with its star cast. After the tongue in cheek gigantic figures, the results for the battle of the second weekend collections are out.

‘Bajirao Mastani’ nonetheless has also witnessed the title of the highest second best weekend earner after ‘Bajrangi Bhaijaan’. The Christmas holidays and the festive weekend surely worked in the favor of both the films, but the historic drama swayed the audience after a slow start. Collections of the film ‘Dilwale’ have seen a considerate drop as compared to ‘Bajirao Mastani’.

Now whether ‘Dilwale’ makes it up to the lost mark or ‘Bajirao Mastani’ keeps up its gigantic figures is yet to be seen.[/tps_footer]