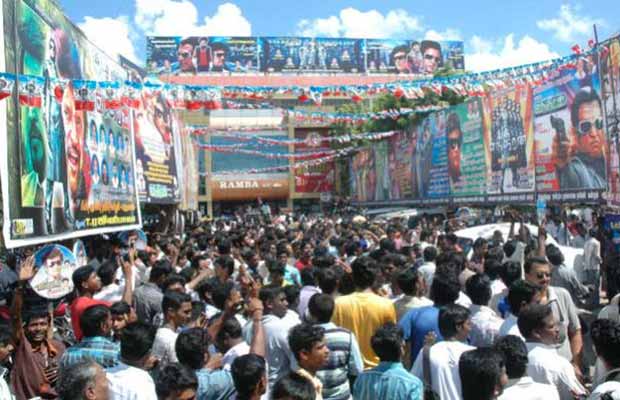 Theatres owners across Tamil Nadu have announced a protest against the new Goods and Services Tax.

1100 theatres in Tamil Nadu and Puducherry will remain closed from Mondays as theatre owners have announced a strike. Reportedly, this is a reaction against the new municipal tax of 30 percent in addition to the Goods and Services Tax. The theatre owners are claiming that the lack of clarity on the pricing of movie tickets under the GST regime which began on Saturday is the reason of the sudden strike.

The theatre owners have decided to cancel all shows from July 3 after the Eddappadi Palaniswami government worked around the GST and introduced a 30 percent municipal tax on cinemas. This would be in addition to the 28 percent tax levied under GST for tickets that cost over Rs 100. According to the tax rates decided by the GST Council, cinema tickets priced less than Rs 100 were to be charged 18 percent tax.We are going to be forced to pay 58% tax… This will make watching movies in theatre halls unaffordable for a vast majority of the people,” a senior functionary of the state’s cinema theatre owners’ federation said.

Various multiplexes in the city withheld advance online and offline bookings for shows on Saturday due to the confusion regarding the final price of tickets. Tamil Nadu Theatre Owners and Distributors Association president Abirami Ramanathan who announced the cancellation of movie screenings said, “The final price will be around the existing `120. But the concern is how much of this amount will reach the producers.”

The Tamil Nadu government has not specified if it would levy entertainment tax above and over the GST rate levied. Ramanathan said, “If entertainment tax is levied in addition to the GST, we will be forced to pay about 58% of the ticket rate as a tax to the government. We will suffer heavy losses.” About 10 lakh technicians and artists depend on the film trade for their livelihood.

A corporation official said that the commercial taxes department used to levy the entertainment tax and would pass on the fee collected to the civic body. “Now, we have been instructed to take over the responsibility. However, there is no information yet on whether to collect entertainment tax or not,” said the official.