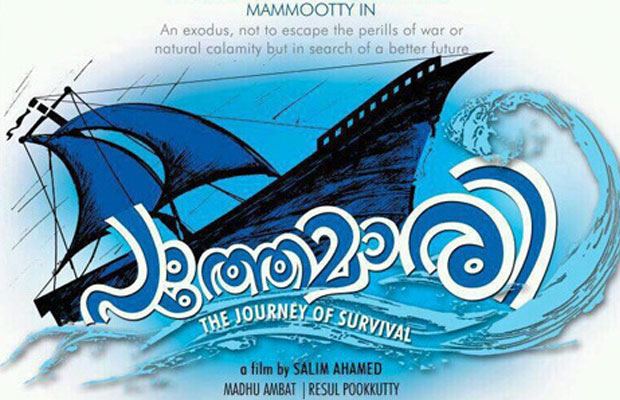 Eros International Media Limited (Eros International), is all set for the release of its second Malayalam venture in association with the acclaimed writer, director Salim Ahamed, titled ‘Pathemari’. Produced by Allens media, the movie starring Malayalam megastar Mammootty, is slated for a nationwide release on October 9, 2015.

Set against the backdrop of the Gulf migration of Keralites, Pathemari tells the story of migrants Pallikal Narayanan and his friend Moydeen, their sacrifices that symbolize the lives of several Kerala migrants in Gulf. The movie features the biggest Malayalam superstar, Mammootty essaying the role of Narayanan. Directed by Salim Ahamed, whose debut venture ‘Adaminte Makan Abu’ received several accolades internationally.

Commenting on the association, Sunil Lulla, Managing Director, Eros International said, “After our debut Malayalam project, Life of Josutty, we are happy to associate with established talent like Salim Ahamed and superstar Mammootty. The Malayalam film industry is witnessing its golden age and we are happy to be associating with some of the best talent in the industry.”

Director Salim Ahamed said, “This is a film dedicated to the Malayali expatriates who first started their journey to the Gulf in search of greener pastures many years ago. I am excited to collaborate with a leading studio like Eros who with their decades of experience will give the right showcasing and a great platform for this film”.

Pathemari features some of the best talent from the Malayalam film industry including Mammootty, Srinivasan, Siddique, Joy Mathew, Jewel Mary, Viji Chindrasakher, Salim Kumar and Sunil Sugatha among many others. Eros will release Pathemari nationwide and across all GCC countries.