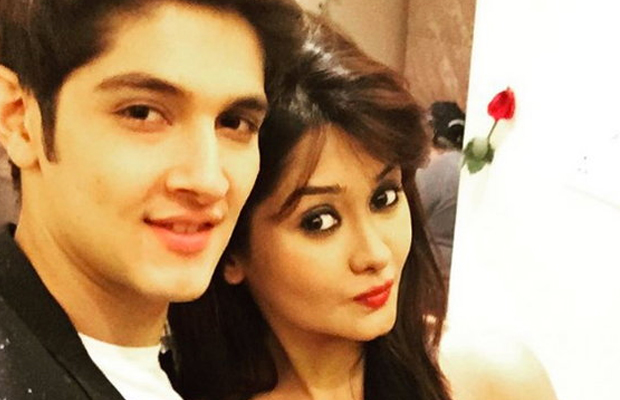 The dance reality show Nach Baliye 8 is all set to begin and after days of speculations, finally few names of the contestants have been finalized. Popular television couples are all set to rock the dance floor of the dance reality show. The show will also witness real life love stories and romance like every year. While few confirmed names have popped up, Bigg Boss 10 contestant Rohan Mehra, who was also approached for the show, has rejected the offer.

Rohan Mehra and his girlfriend Kanchi Singh were also offered the dance reality show but the duo rejected for a reason. Rohan rejected the offer saying, “Yes, we were approached and it was tempting as I would have got to spend more time with Kanchi and work on my dancing skills as well. But we decided against it because I have just come out of one reality show and didn’t want to jump into another so soon.” 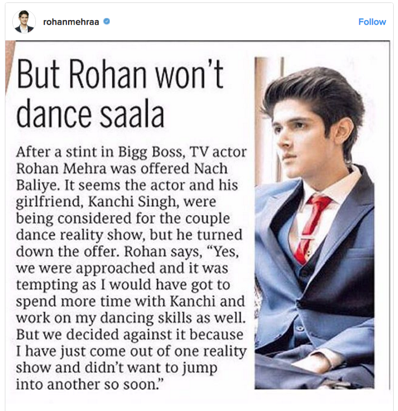 A day ago, newly married Kishwer Merchant, who was also approached for the dance reality show with her husband Suyyash Rai, also turned down the offer. She tweeted, “For all those asking..We were in talks but no we are not doing #NachBaliye8 Gmrng ppl off to shoot today after a long time #filmcity” 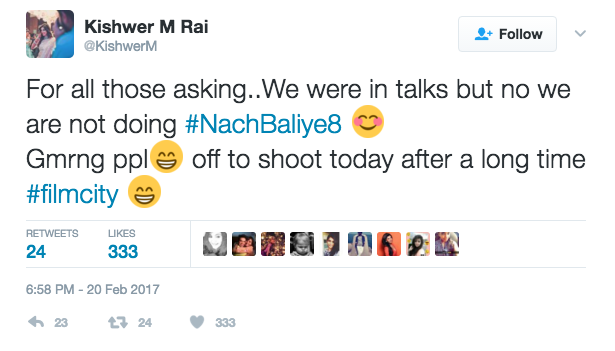 Meanwhile, CLICK NEXT to know who the confirmed couples of Nach Baliye 8 are!