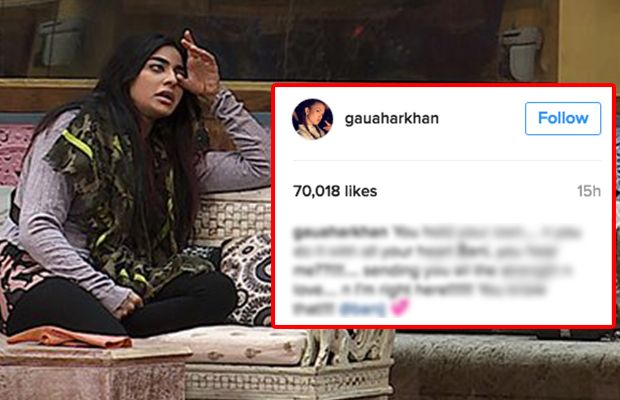 Bigg Boss 10 contestant VJ Bani is quite upset with the recent incident that took place inside the house. As we saw in the last episode, Om Swami threw his pee on VJ Bani and Rohan Mehra after he lost the captaincy task. This disgusting act of Om Swami left the house shaken. Moreover, VJ Bani and Rohan Mehra are still trying to come out of the trauma on what has happened with them.

In fact, Bani even kicked Om Swami while Rohan Mehra slapped him. Though Om Swami was locked in the jail, Bani could not control her anger and wanted to badly hit Om Swami in order to feel herself stress-free. Well, all the housemates stood for her and Rohan but there is someone outside who is sending more strength to Bani.

Bani’s best friend Gauahar Khan took to Instagram to send lots of positive energy and strength to her friend. She shared a picture of her with Bani and wrote, “You hold your own…. n you do it with all your heart Bani, you hear me??!!!!…. sending you all the strength n love…. n I’m right here!!!!!!! You know that!!!! @banij.” 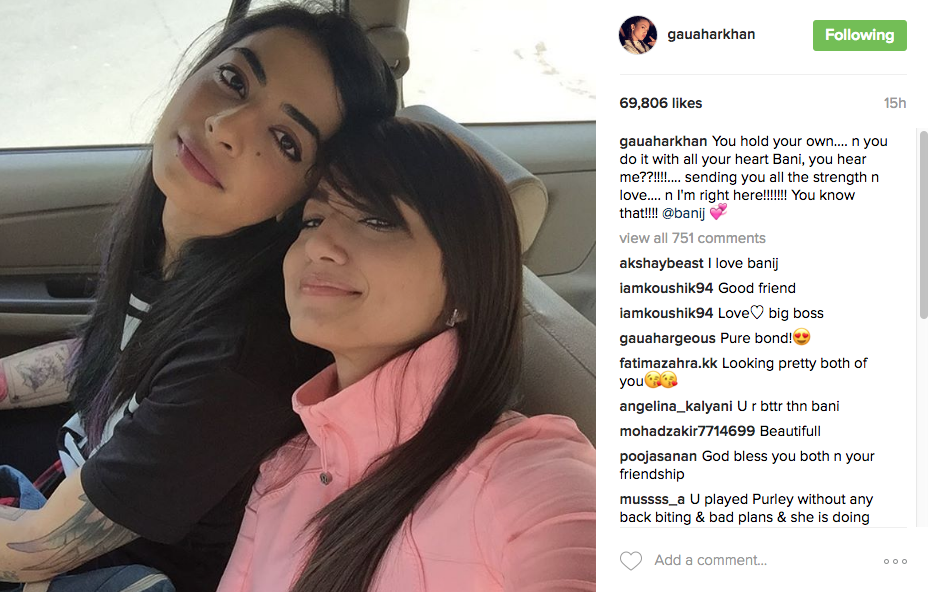 Well, Bani is surely strong and has been surviving in the house all by herself since day 1.