The combination of Vishal Bharadwaj and Saif Ali Khan has delivered a master piece like Omkara, and on the other hand, the union of Vishal and Shahid Kapoor has resulted in classics like Haider and Kaminey, hence the trailer of their upcoming next, Rangoon was one of the most anticipated trailers.

After releasing 3 impressive and intriguing posters, the makers unveiled the trailer to the much-awaited flick of 2017, Rangoon!

All 3 lead actors of Rangoon, Saif Ali Khan, Kangana Ranaut and Shahid Kapoor are known for their acting skills and have delivered breathtaking performances in their careers.

The interesting and spellbinding trailer has caught the eyes of the audiences and has built immense curiosity apart from garnering an overwhelming response from all spheres.

With top notch lead actors, Saif, Kangana and Shahid in their element the trailer qualify to be a movie to look forward to. 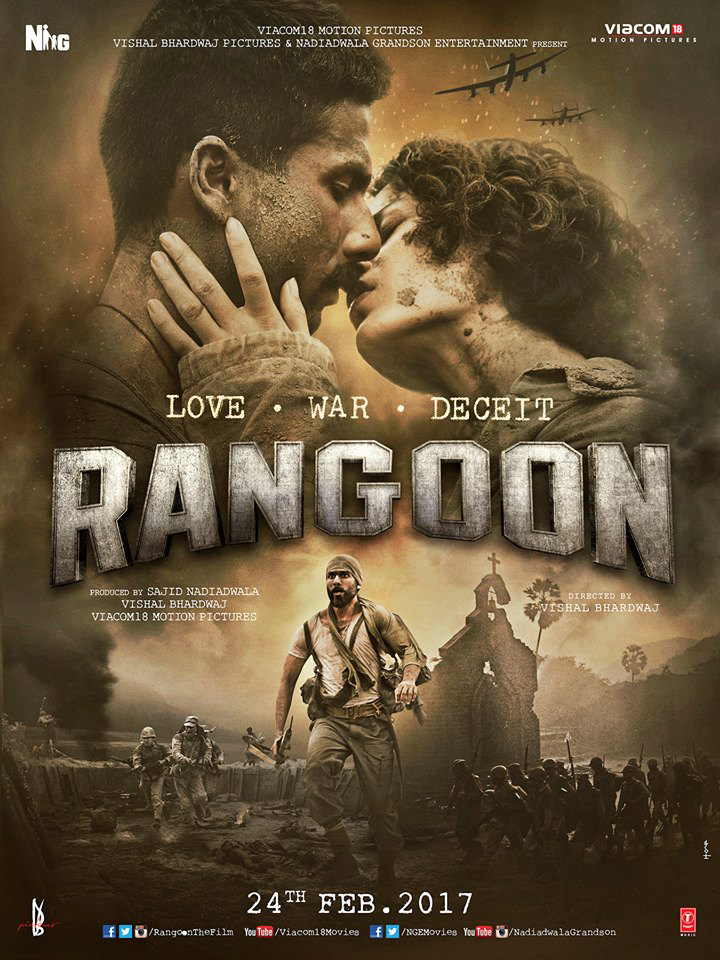 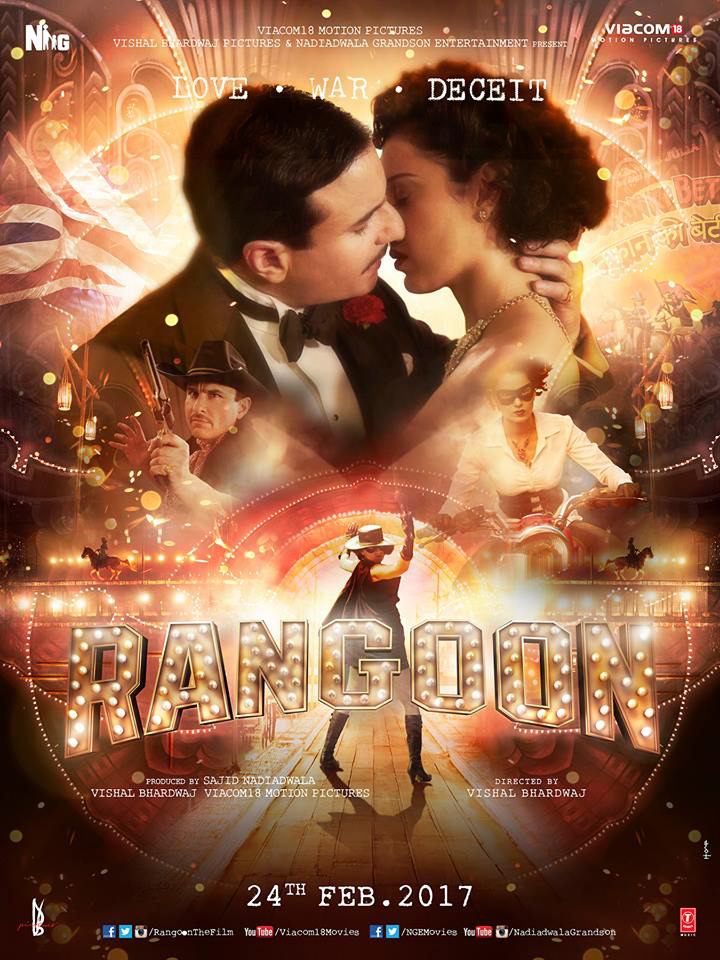 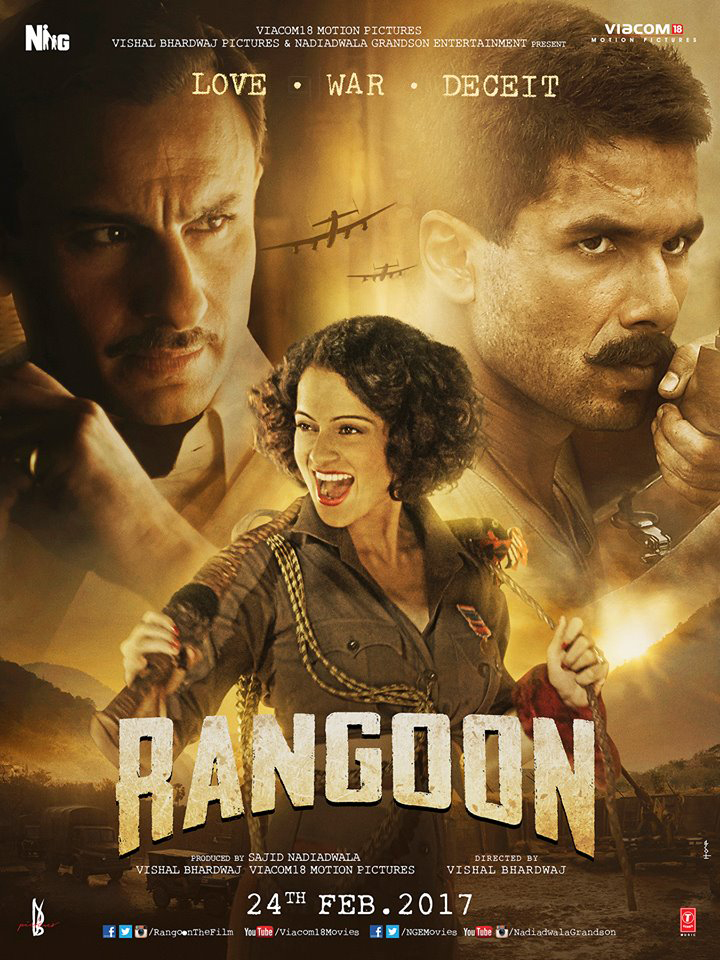 Director, Vishal Bharadwaj has a penchant for bringing out career-best performances in his actors, and with the terrific trailer the director promises another good content movie to his audience.

Sajid Nadiadwala‘s Rangoon takes us back in action to the British-India during the period of the second world war, as it commits to delivering a splendid story line.

Kangana will be seen playing the role of Julia, a film actress from the 1940’s, while Shahid Kapoor is playing a character of Nawab Malik an Indian troop leader. Saif Ali Khan, on the other hand, plays the character of a top-notch filmmaker.

The period drama on Love War Deceit, with its stellar cast, is all set to deliver a spectacular battle of love, with the sizzling chemistry the actors have displayed in its trailer itself!

Rangoon directed by Vishal Bhardwaj under the banners of Nadiadwala Grandson Entertainment and Viacom 18 Motion Pictures is all set to hit the theaters on February 24, 2017.