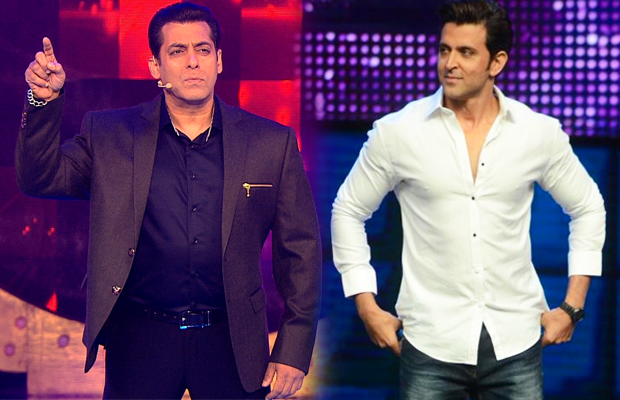 So finally, the makers of the reality show Bigg Boss 10 have geared up for the grand finale. Finale is scheduled on January 29. Star host Salman Khan along with the final four contestants, Bani Judge, Manveer Gurjar, Lopamudra Raut and Manu Punjabi will be seen taking over the grand finale stage tomorrow. With just one day left, the preparations are in full swing. The evicted contestants have begun with rehearsals for their performances on a grand night.

In fact, Salman Khan will also be seen performing with the evicted contestants. It is surely going to be one grand night with mixed emotions. Also, Bollywood’s Greek God Hrithik Roshan will be seen joining Salman Khan. He will be on Bigg Boss 10 grand finale for his recently released film, Kaabil.

Salman and Hrithik coming together is much in hype as the duo had a fallout after Salman made a derogatory remark about Hrithik‘s film Guzzarish. Let bygones be bygones!

It seems, things have sorted between them and it will be interesting to know what the duo has in store for the audience.