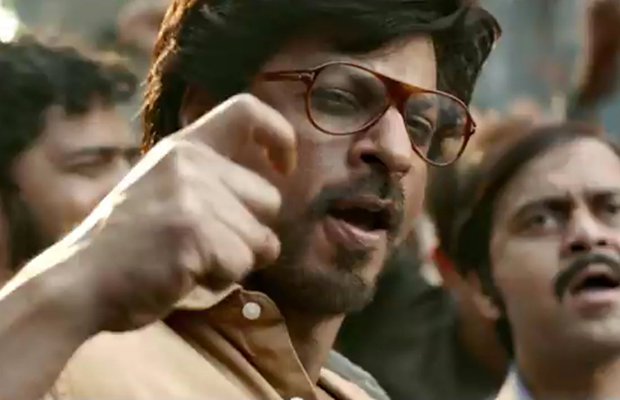 The film continues its fabulous run at the box office, collects 13 cr (130 Million) Nett Approx on a working Friday.

Shah Rukh Khan‘s Raees is witnessing an exceptional run at the Box office.

The film is making the right kind of noise since the 3 days of its release.

The film then went over to shatter previous Box office records and turned the Highest Republic day grosser with 26.25 Cr (262.5 Million) Nett Approx.

Raees has now gone ahead to cross the 60 cr mark in merely 3 days of release, leading all the way.

The film garnered substantial collections on Day 3, which was a working day with an occupancy rate that witnessed a sharp shift from 35-40 % in the morning shows to 90% during the night.

Raees has not only set the Indian shores abuzz, but also continues to dominate Worldwide.

Movie has been generating immense buzz ever since its release. Not only is the film enjoying tremendous positive word of mouth, but is also hailed for its power packed performances by Shah Rukh Khan, Nawazuddin Siddiqui and Mahira Khan.