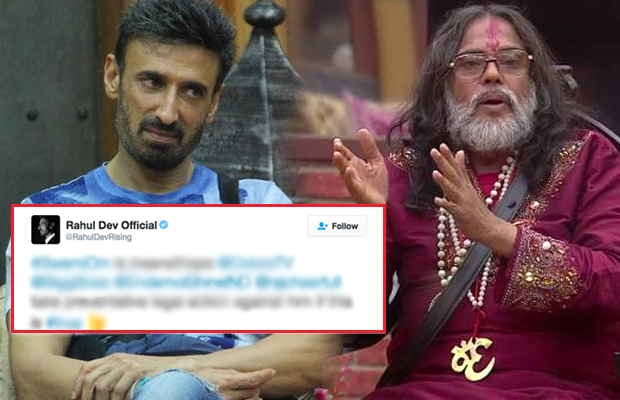 The troublemaker Bigg Boss 10 contestant Om Swami has done the most disgusting thing during the captaincy task. As we saw in the last episode, Om Swami crossed all the limits and this time, he threw his pee on VJ Bani and Rohan Mehra. This left Rohan and Bani furious and in anger, they hit and kicked Om Swami. After this disgusting incident, Bigg Boss makers took a strict action of removing Om Swami from the house. Yes, the self-proclaimed Godman is out of the house after he threw his pee on Bani and Rohan. Not only housemates even viewers are quite happy with the decision taken by the makers.

He tweeted, “So proud of @rohan4747 ! Real man who stood up his ground against #swamiom .. others looked on ! Weldon #Rohan

In his other tweet, Rahul Dev expressed that how happy he is with the decision of makers and Salman Khan to not allow Om Swami to be the part of the show anymore.

After being thrown out of the show, Om Swami called Salman Khan as an ISI agent and even made some more shocking statements during the live interview with a TV channel. Here’s what Rahul Dev tweeted about the same: 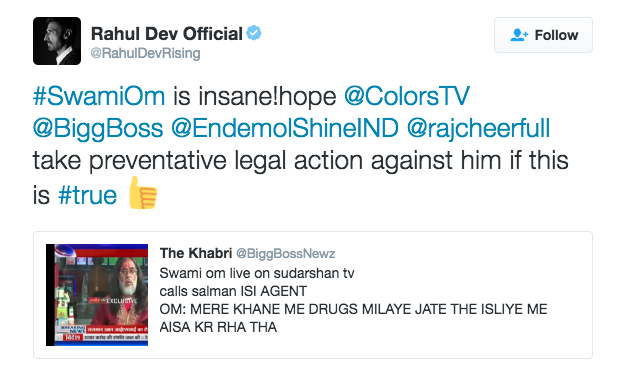