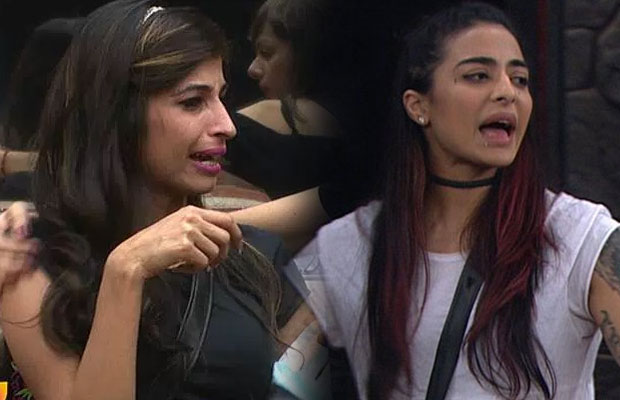 In tonight’s episode of Bigg Boss 10, you will witness a tough face-off between Gaurav Chopra and Priyanka Jagga for the captaincy. The face-off will not be between only these 2 but also between their respective supporters. For the captaincy task, Gaurav and Priyanka are hanged in the air with the support of harness while their supporters in the house have to keep them hanging in the air by holding the rope tight. The one, who will stay in the air for the longer time with the help of their supporters, will become the new captain of the house.

Swami Om, Nitibha, and Sahil are supporting Priyanka while Lopamudra, Bani, Rohan, Rahul, Monalisa are with Gaurav. As the game proceeds further, the minds change and the supporters start changing their sides to support the other one. Sahil badly wants to leave Priyanka and support Gaurav but Priyanka pleads and cries badly in order to let Sahil stay on her side.