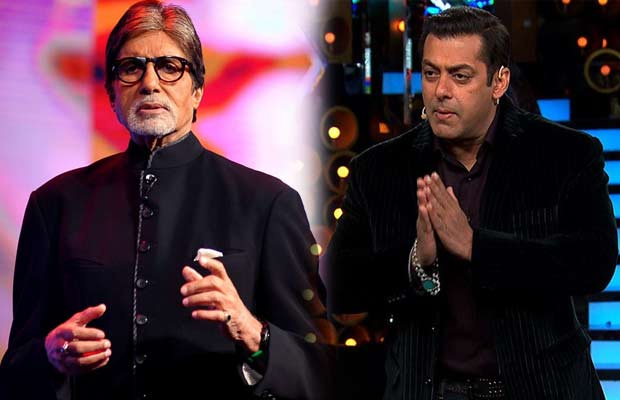 Finally, the much-awaited night that everyone was waiting for has finally arrived! Bigg Boss 10 Weekend Ka Vaar with star host Salman Khan was full of entertainment. The tonight episode of the first Weekend Ka Vaar saw Salman taking the case of the contestants. We saw various emotions in the tonight’s episode but moreover, it was amazing to see Salman as a host again.

The Sultan actor was seen in a good mood and looked like he was badly waiting to be back on the show as a host. During caller of the week, Salman said his lines in Amitabh Bachchan style. The actor was seen imitating Big B’s style from his show, “Kaun Banega Crorepati”. The audience split into laughter as Salman said, “haaye caller of the week ko phone lagaya jaaeya.”

Well, apart from entertainment and fun, Salman also gave a quick reality check to Priyanka Jagga and Swamiji for their wrong behavior inside the house throughout the week. The Being Human star interacted with everyone and asked them to share their experience of the week. Tomorrow’s episode of Bigg Boss 10 will see eviction and as earlier we have Exclusively revealed, Priyanka Jagga is EVICTED from the house.