The actress-model Sofia Hayat, a British national of Indian descent, turned nun thereby shocking the world. Since turning into a nun, she has managed to stay in news for various reasons. 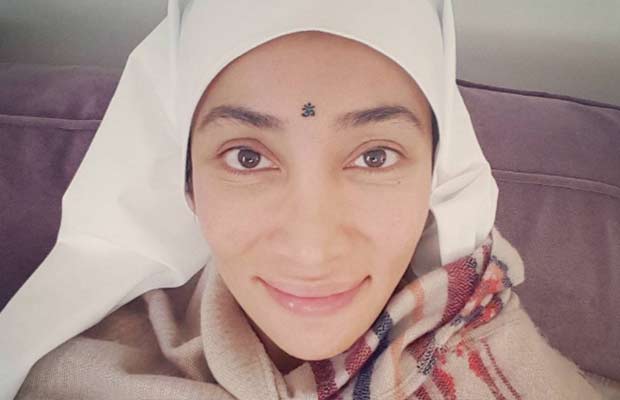 The latest one reason for her to grab eyeballs and be in news is for tattooing symbols of Swastika on the soles of her feet. Swastika is considered sacred in Buddhism, Hinduism and other religions.

The complaint was filed by RTI activist Asad Patel at the Amboli police station in Jogeshwari (West) on Wednesday. A copy of the complaint is being circulated in the media.

The complaint said that Sofia’s actions “are not correct and hurt Hindu people at large and would create disturbance of public peace and public tranquility and also Tattoo of Allah on legs is also hurting the sentiments of religion of minority community that is Muslims and as stated this shows her malicious and deliberate intention to demoralise, hurt religious beliefs and sentiments provoking people to have disputes of religious nature which is scandalous and not acceptable in the eye of law.”

She put up a picture of her feet on Instagram and she received a lot of flak for it. And as a response to the social media criticism, she compared herself to Lord Buddha thereby provoking the people even more. 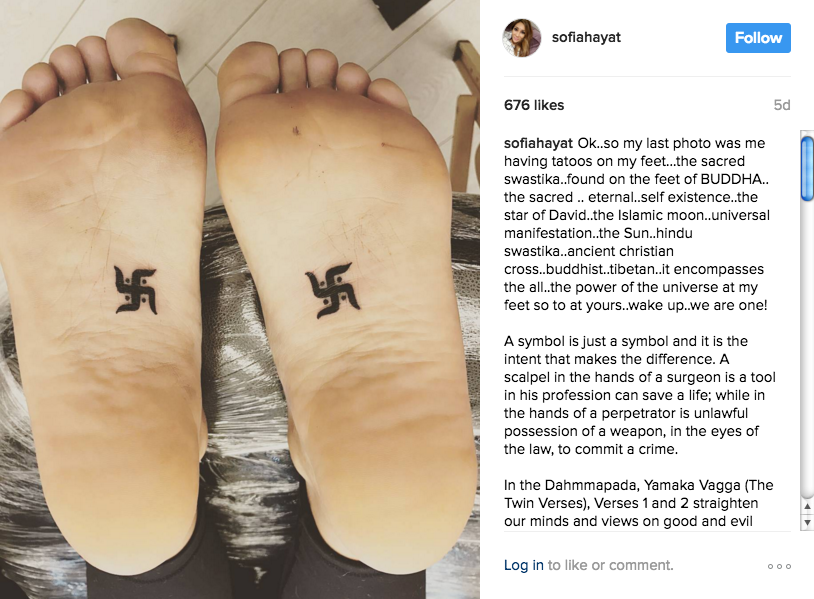 She later took a stand for herself and wrote: “May those with anger know that they only do the work of the devil in their anger. May those that say unkind words know that those words come from negative entities whether you call it an energy, the devil or anything else.”

In past, Sofia has appeared in shows like “Welcome – Baazi Mehmaan Nawazi Ki“, “Bigg Boss 7” and “Comedy Nights Bachao“.