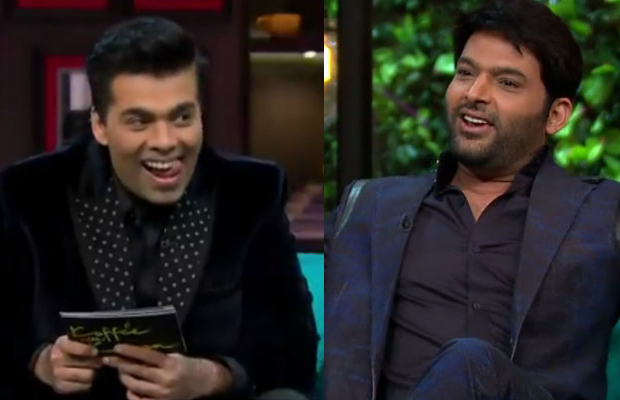 Kapil Sharma graced the finale episode of Karan Johar’s chat show, Koffee With Karan 5 on March 5, 2017. During the show, Kapil spoke about his marriage and much more.

The most loved comedian Kapil Sharma has often been seen flirting with Bollywood actresses who arrive on his show as guests for the promotions of their films. The comedian turned actor is equally famous among the female fan followers. Many times Kapil Sharma’s female fan followers have sent the actor marriage proposals. He has always reacted to them humorously.

Kapil Sharma has won many hearts with his amazing and charming personality, but did we ever wonder who might have steal Kapil’s heart? Well, in a curiosity, Karan Johar asked Kapil Sharma that when is he getting married.

To which, Kapil said, “Meri maa ka bas chale toh kal hi kara de.” He further added that he is not in a hurry to marry and wants to work more. But also added that sometimes he feels he should get married. Well, looks like, Kapil Sharma is happy being in the zone of being free-spirited for now. Well, we must say it’s not an easy deal to win Kapil’s heart !!

On Koffee With Karan, Kapil also said that he has a huge crush on Deepika Padukone and he wants her to know how much he loves her. He also confessed that Deepika charms her and that he loves working with her. Well, that has been quite evident every time when Deepika graced his “The Kapil Sharma Show”.