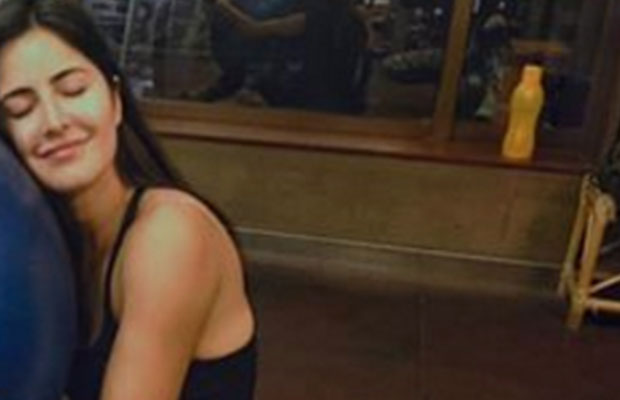 Post her break up, Katrina Kaif is living her life like a queen and killing us with her abs in movie songs. The actress looks gorgeous like never before now, well, we saw some glimpse of it in her film Baar Baar Dekho. Although the film tanked at the box office, fans couldn’t stop gushing how stunning she looks in the film and songs. And now, she has one more reason to rejoice! She will soon start working with Salman Khan.

Well, now the lady has an enough time to look after her and her happiness. So, she takes time out of her shooting schedule and visits the gym. And when she felt like she needs a warm hug, something in her gym helped her and embraced her lovingly. Well, it’s none other than a plastic swiss ball. Isn’t that cute?

Kat posted a picture on her Facebook where she is all happy and hugging the swiss ball. She captions the image, ‘My workout for the day …. Sometimes all you need is a hug (even if it’s a plastic swiss ball)’.

On the professional front, she is currently shooting for Jagga Jasoos along with Ranbir Kapoor. The film will hit the screens on April 7, 2017. She will then shoot with Salman for Tiger Zinda Hai. It is a sequel to their 2012 super hit film, Ek Tha Tiger. The sequel will release during Christmas in 2017.