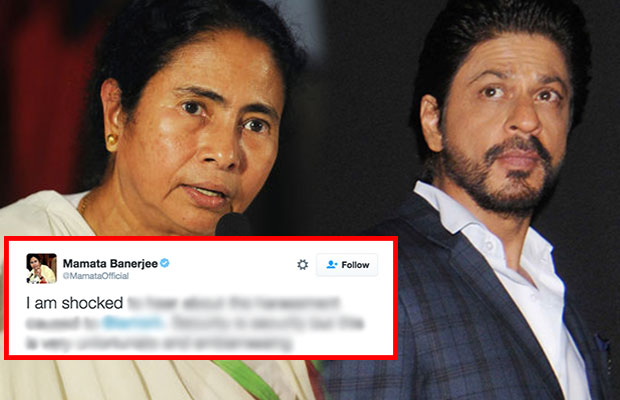 [tps_footer]Shah Rukh Khan was detained today at the Los Angeles airport. The actor took to his Twitter to share that every damn time getting detained sucks. SRK was allowed to go after 2-3 hours of intervention. Well, his detention didn’t go well with many Indians and his fans around the world.

Also, this is not the first time King Khan was detained at an international airport. The Dilwale actor was first detained in 2009 at the Newark airport. Again in 2012, SRK was stopped at White Plains airport near New York. Shah Rukh is a great personality in Bollywood. He is one of the famous and richest celebrities in the globe and thus his detention didn’t go well with people. Many criticised the U.S. security. They expressed their anger and disappointment on Twitter. The Indian U.S. Ambassadors even apologised Khan for the treatment.

Well, the Chief Minister Of West Bengal, Mamata Banerjee is also quite upset with his detention. The CM took to her Twitter to express her displeasure. She tweeted, ‘I am shocked to hear about the harassment caused to @iamsrk. Security is security but this is very unfortunate and embarrassing.’

As soon as the news broke, Twitter was flooded with various reactions. SRK was travelling along with his kids Aryan and Suhana. Well, the actor also took it sportingly and said the waiting did help him to catch some good Pokemon. We all know that just like many people around the world, SRK too is a Pokemon Go addict. The good thing about SRK is he didn’t burst into anger for getting detained for the third time. The actor was kind enough and tweeted he understands the duty and responsibility of the officials. Well, that’s what makes him the King of Generosity![/tps_footer]