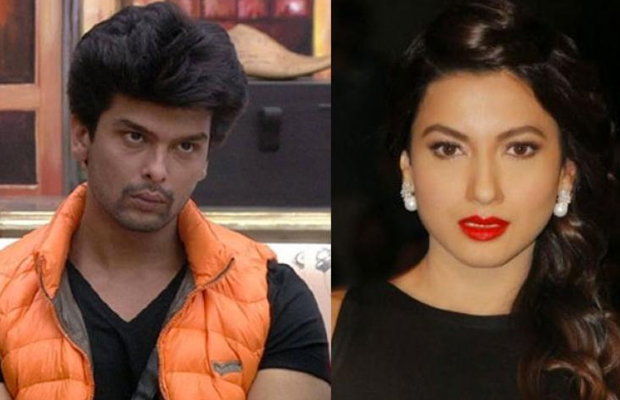 The Chokra Jawan girl,Gauahar Khan has recently landed into trouble. She was the winner of Bigg Boss season 7 and was madly in love with her ex-boyfriend Kushal Tandon. The two fell in love when they participated in the contest together but just after they left the house, their relationship took a thorny path and they broke apart. The two had been in headlines for having an ugly breakup and nasty conversations in public.

The recent nuisance caused in the actress’s life is also due to her ex-boyfriend. But how?

Well! Even after breakup the two were in news for sharing a sugary bond with each other as friends.

Recently, Kushal posted a picture of Gauahar Khan that is clicked by Haider Khan for Stardust magazine. This is what he wrote for the picture,

“@haiderkhanhaider saw this picture … click by my brother Haider khan ….. could not risisset my self to share this picture of this stunner …. @gauaharkhan lady with grace , panache, ooomp and style with a golden heart …… ????” 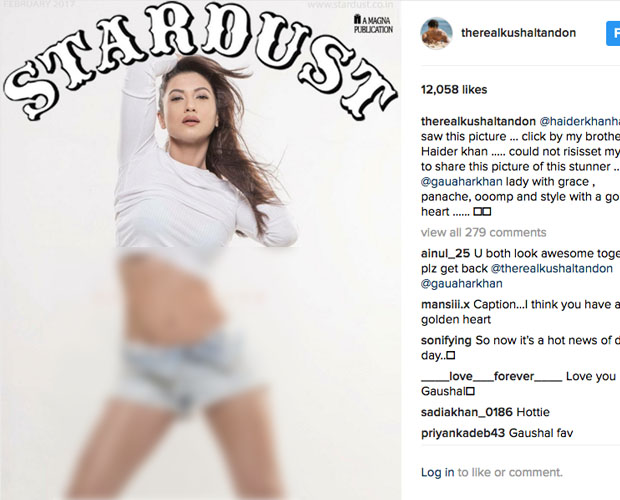 But after the picture got shared, the Stardust shared released some news quoting,

“Dear Media,
Stardust would like to clarify that the post of Gauahar Khan on Instagram with the Stardust masthead has nothing to do with us. AJAY DEVGN is gracing the cover of Stardust February issue. We have come across a few articles which state that Gauahar is on the cover, so we would like to clear the air by saying that the news is false.

Gauahar was also contacted for the same by us and unfortunately she cannot delete the post as she thinks the media will make news of the same and again question her reconciliation with Kushal Tandon.

And Legal action will be taken against the one who has used the masthead without our permission, thus defying our Company Policy.

One of the sources was heard quoting that ,

“Gauahar did shoot for the magazine and gave an interview. However, it was not for the cover. Some fan of hers designed the picture and Kushal shared it. This is a matter of miscommunication and we feel it should be talked out not discussed in the media.”

Let’s wait for further updates on the story now.