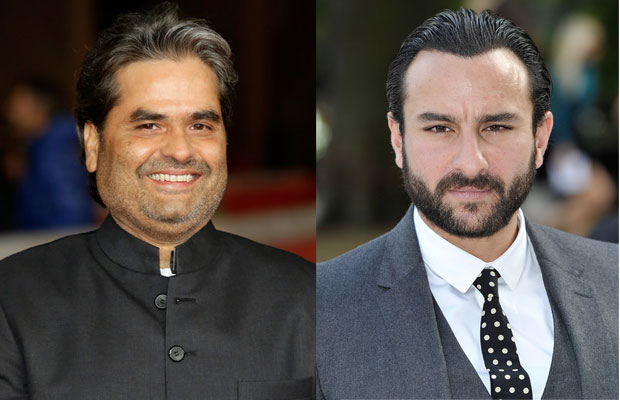 It was none other than actor Saif Ali Khan with whom Vishal Bharadwaj had discussed Rangoon nearly 10 years ago!

Saif was one of the first people with whom the film maker had indulged in early discussions regarding the concept and script of Sajid Nadiadwala‘s Rangoon.

10 years later, Saif will be seen playing a pivotal role in the film, also starring Kangana Ranaut and Shahid Kapoor.

Both Saif and Vishal are known Shakespeare lovers and their taste in Cinema coincides too.

The discussion was an informal conversation between the duo on the sets of Omkara.

After multiple developments and refining undertaken on the script, Vishal then took the final script of Sajid Nadiadwala’s Rangoon to Saif Ali Khan, and life came full circle for the duo who have associated on Rangoon which marks to be the second collaboration of Vishal Bharadwaj and Saif Ali Khan after Omkara, one of Bollywood’s most critically acclaimed films.

Directed by Vishal Bhardwaj and produced by Sajid Nadiadwala under the banners of Nadiadwala Grandson Entertainment and Viacom 18 Motion Pictures, is all set to hit the theatres on February 24, 2017.