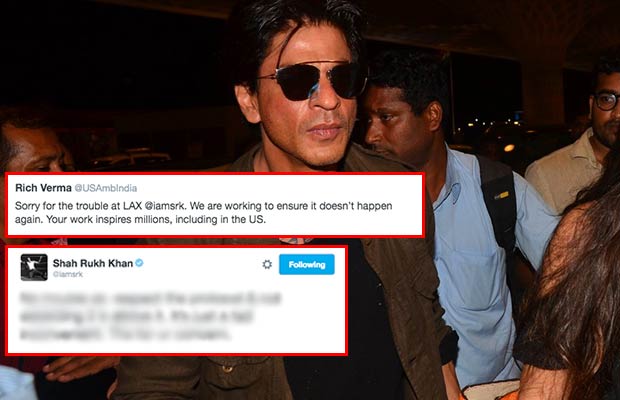 [tps_footer]Actor Shah Rukh Khan was detained at the Los Angeles airport today. The actor took to his Twitter to share about it. He was detained by the US immigration department officials. Well, SRK in his tweet mentioned that he can understand their duty but again and again it sucks. 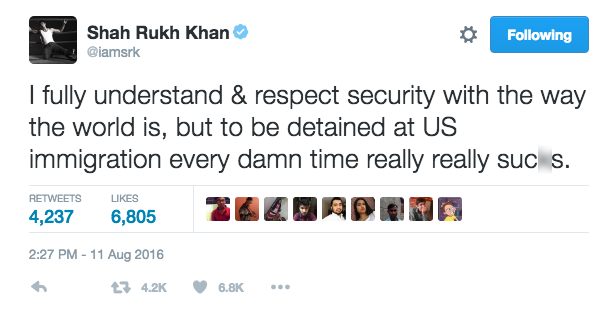 Well, as soon as SRK tweeted, Twitter was flooded with different reactions on his detention. Immediately the US State Department’s assistant secretary for south and central Asian affairs, Nisha Biswal, tweeted to him saying sorry.

The U.S. Ambassador to India, Rich Verma also expressed his disappointment about the same and tweeted to SRK.

Well, as kind human being he is, King Khan tweeted back to them. In his tweet to Nisha Biswal, he said, ‘No hassle ma’m.Respect the protocol,not expecting to b above it. Appreciate ur graciousness, its just inconvenient.’ 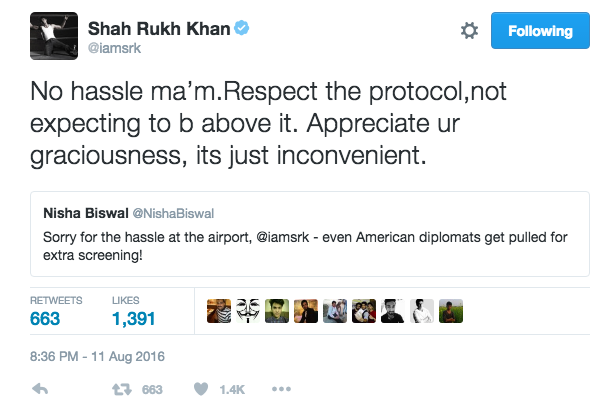 CLICK HERE FOR ALL LATEST BOLLYWOOD UPDATES
Also, he replied to Rich Verma and tweeted, ‘No trouble sir, respect the protocol & not expecting 2 b above it. It’s just a tad inconvenient. Thx for ur concern.’ 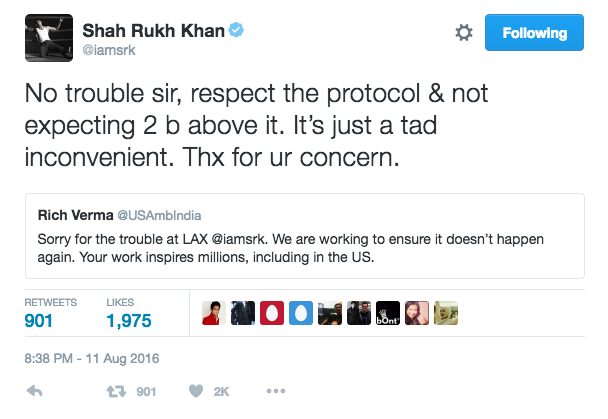 Well, this kind of outrage and disappointment from the Twitterati was expected as this is not the first time he was stopped. He was even detained in 2009 at the Newark airport, and at White Plains airport near New York in 2012. SRK is a famous Bollywood actor and his detention didn’t go well with his fans around the world.