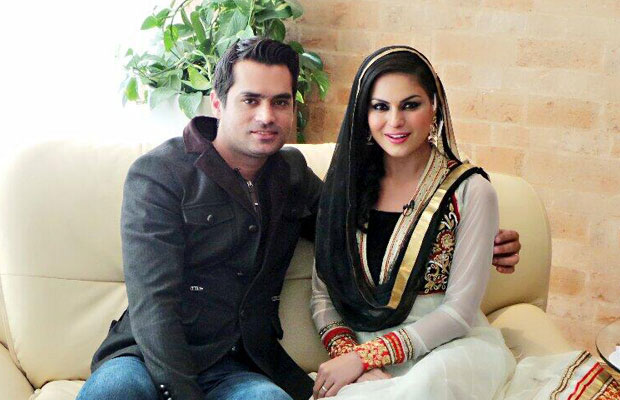 This came as a shock to know that former Bigg Boss contestant and Pakistani actress Veena Malik is divorced.

Yes, you read that right! Ex Bigg Boss 4 contestant Veena Malik has ended her three years of marriage with Dubai-based Asad Bashir Khan Khattak. The two are officially divorced after a family court in Lahore granted them to divorce.

Veena Malik and Asad Khattak got married in December 2013 in Dubai and were reportedly living separately since past few months. So what went wrong between the two?

As per media reports, Veena Malik wanted to join entertainment industry. But her husband Asad Khattak wanted her to take care of their two children together – Abram (2) and Amal (1). Veena Malik was the first who filed for divorce in the first week of this January. Citing irreconcilable differences and saying that they could not live together, PTI quoted.

Reports also suggest that after Asad did not react to court’s summons, the divorce plea by Veena Malik was accepted. The decision ruled out in her favour after non-pursuance of the case by Asad Khattak. Reports further suggest that Veena will have to return 25% of the ‘Haq Mehr’ (dower-money) to Asad Khattak. Reason being that she applied for the divorce.

So, another celebrity couple has parted ways after three years of marriage!