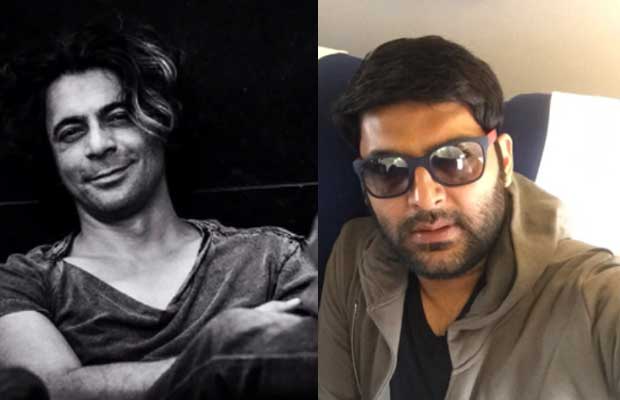 Do you think its high time that Sunil Grover should patch-up with Kapil Sharma and think mature by letting bygone be bygones?

Sunil Grover and Kapil Sharma’s mid-air fight has been making headlines since the past one month. Things have been turning worse for the comedian star ever since Sunil Grover and other comedians have walked out of his show. But there is no doubt that Kapil and Sunil Grover’s talent go hand in hand. If one is life, then other is the heart of the show. It’s proved that ‘The Kapil Sharma Show’ is not surviving only on one person but on the talent of bunches that includes Sunil Grover, Ali Asgar, Chandan Prabhakar, Kiku Sharda and many others.

However, there seem to be no possibilities of things getting all right between the two. In fact, recently Sunil Grover shared his thoughts on not being a part of the 100th episode of The Kapil Sharma Show and looks like, he has no regrets. Sunil said, “No regrets as such, because I am working non-stop. My mother never had to ask, ‘Beta, tu kaam par kyon nahin jaa raha hai?’ This break from television has given me a chance to do some serious live shows. I love the live synergy. Right now as we speak I am in the middle of a performance in Baroda with Sunidhi Chauhan. The audiences’ response is overwhelming. Watching them, I know I wouldn’t have to sit at home even if I didn’t do television.”

Talking about Kapil’s show completing 100 episodes on Sunday, Sunil Grover said, “I was in 92 of those 100 episodes. And so what if I missed out my century by 8 runs? If Sachin Tendulkar only thought of centuries he wouldn’t be the legend that he is. I don’t want to sound arrogant. I am happy I did those 92 episodes of The Kapil Sharma Show. I carry beautiful memories of the experience. Now it’s time to move on.”

Sunil Grover also clarified about the rumour of him coming with a new show on Sony TV. During a recent interview amid his live show in Baroda, Sunil cleared the air about the new show. He said, “I won’t deny the fact that there are offers. Yes, I’ve been asked to do another show. But until I am contract-bound with Colors there is nothing else that I can talk about, let alone contemplate or accept. Once I am free to look at my options on television I will speak about the offers.”

Well, Sunil Grover’s confident and unregretful statements about not returning to Kapil’s show are turning out to be way too dramatic. We think it’s high time that Sunil Grover should forgive and forget the things as everything is going overboard now. Also, Kapil has been trying his best to sort out things and has been apologising Sunil Grover in some or other way on his every episode of “The Kapil Sharma Show”. Well, now not just media, even fans are quite upset and bored with their much dramatic public fight.

The duo should bury their hatchet and get back together with a surprise without letting others take advantage of their fight. When Salman Khan and Shah Rukh Khan can patch-up, why not Sunil and Kapil? Don’t you think the same?

Share your views about the same in the comments section below.