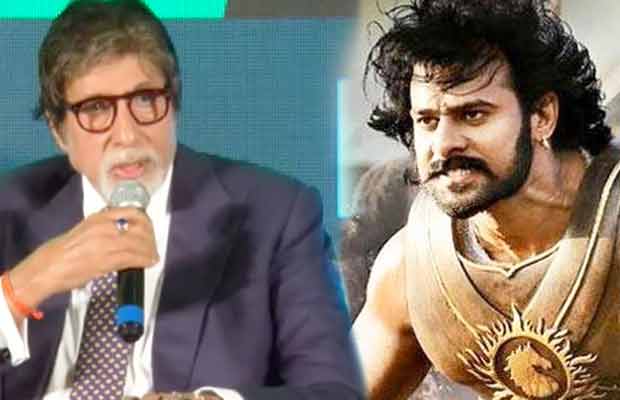 SS Rajamouli’s Baahubali 2: The Conclusion is earning in a massive way at the Box Office. The film has already earned over 1000 crore and is continuing its successful run at the ticket windows. Both Baahubali part 1 and Baahubali part 2 with its direction, story, action sequences, and star cast has set a benchmark which proves, that India has the capability to produce a film which is at the level of Hollywood.

Well, many Bollywood celebrities have expressed their views on the success of Prabhas starrer magnum opus film while many have given silent ignorance. Recently Bollywood megastar, Amitabh Bachchan was also asked about Baahubali’s success and his reaction to it was quite surprising.

A journalist asked Big B about Baahubali being a regional film earned 1000 crore at the Box Office. However, before the journalist could complete the question, Amitabh Bachchan asked her to stick with the event topic and also said, “Baahubali is not suffering from my Hepatitis at all.”

Is Bollywood is not able to digest the success of the film and is trying to downplay the Baahubali 2 onslaught? Share your views in the comments section below.

The World Health Organisation (WHO) on Friday appointed actor Amitabh Bachchan the goodwill ambassador for Hepatitis in South-East Asia region. The actor at the event said he has been living with Hepatitis infection for more than three decades and is committed to the cause of eradicating it from the country.

Meanwhile, Amitabh Bachchan’s Sarkar 3 has released at the Box Office and has witnessed a poor opening of around 8-10% in the morning shows. Also, the film has received a mixed response from the audience as well as from the critics.