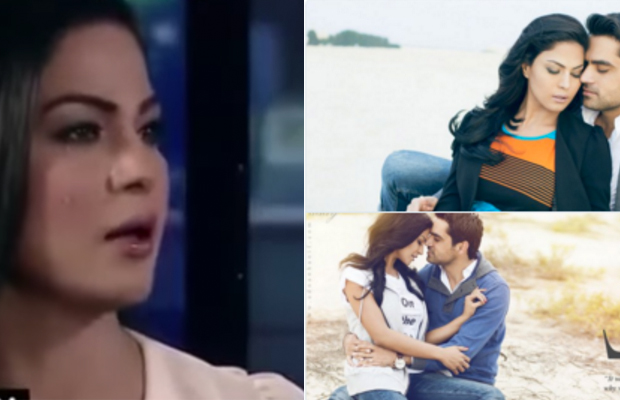 Former Bigg Boss contestant and Pakistani actress Veena Malik recently ended her three years of marriage with Dubai-based Asad Bashir Khan Khattak. The two are officially divorced after a family court in Lahore granted them to divorce. Veena Malika and Asad Khattak got married in December 2013 in Dubai and were reportedly living separately since past few months. So what went wrong between the two?

The model and actress has finally reacted and revealed the reason behind her taking this huge step. According to Pakistani media, the actress has alleged that her husband had physically and mentally abused her. Appearing on a television show — ARY News programme 11th Hour in Pakistan, Veena Malik said that she was beaten up not one but twice by her husband.

Veena’s husband Asad, who was also present on the show, repeatedly asked her to forgive him. “If he is asking you for forgiveness, give him one chance,” the host of the show, Maulana told Malik. “He is saying it before so many people, he should be given another chance.”

Veena then asked to Maulana to obtain a written guarantee from her husband to which he agreed. She said that she was ready to give him another chance, but that it all had to be court approved.

Also, going by Asad’s recent tweets, it looks like he is badly trying to reconcile with Veena. Take a look at the tweets below and how Veena Malik reacted to the same: 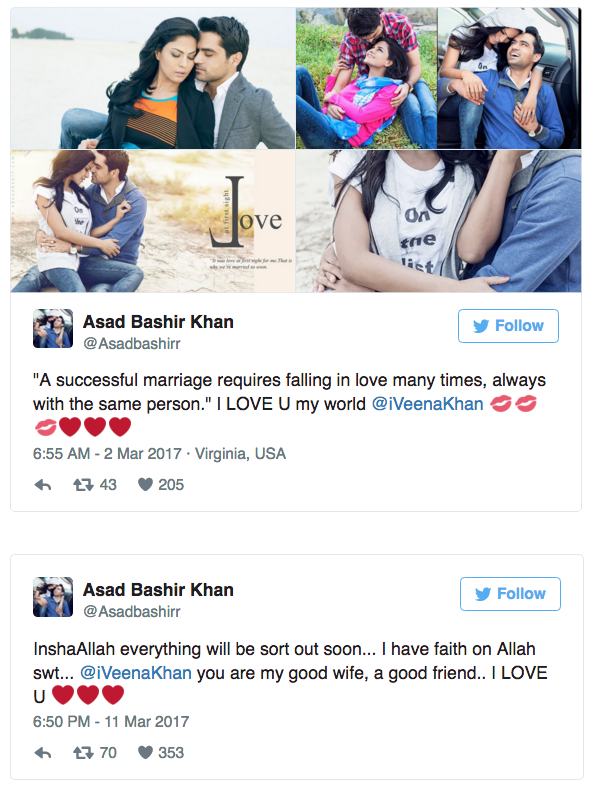 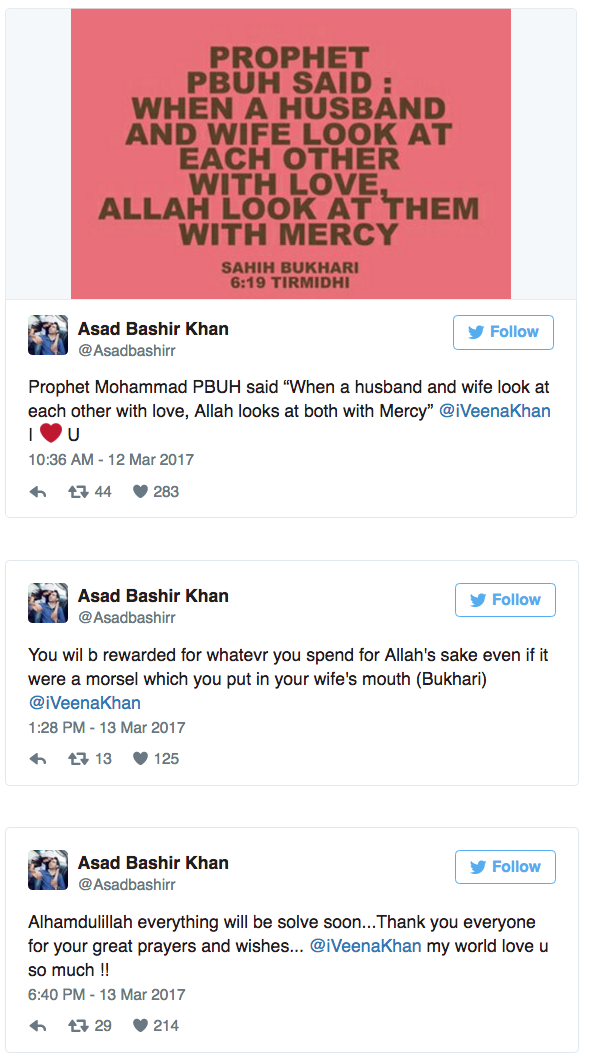 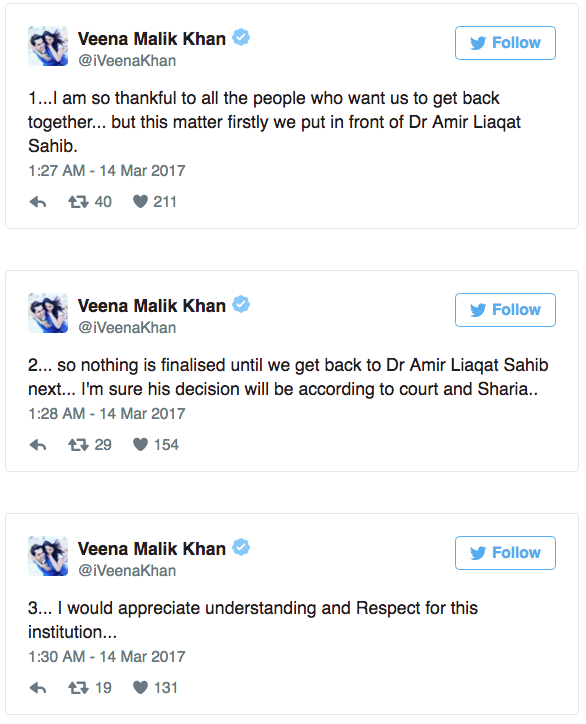