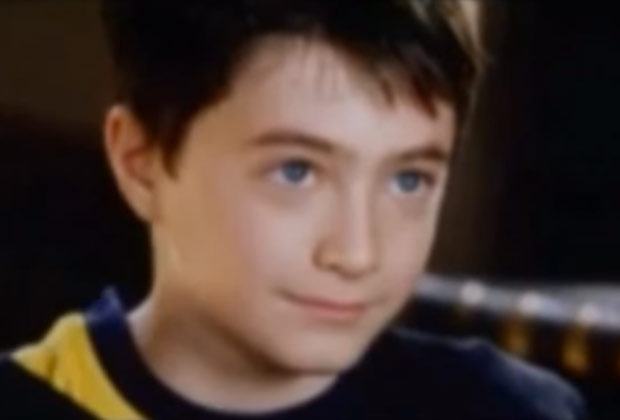 [tps_footer]Hollywood actor Daniel Radcliffe is forever going to be known as Harry Potter, but have you seen his first ever audition for the role? Little Daniel wouldn’t have been more than 11-years-old when he first auditioned for the role of Potter and did a great job at that one. The immensely talented British actor had made his debut in acting at the age of 10 and soon his life changed forever. This video of Daniel Radcliffe auditioning for Harry Potter’s role brings back too many memories attached to the brilliant film series.

Daniel can be seen seated in a chair coordinating with the casting director after practicing his lines for the film. The 11-year-old kid was reciting lines probably from the fourth part of the film, Harry Potter and The Goblet of Fire as they were discussing dragon eggs. Later in the second scene Daniel Radcliffe was talking about Harry’s equation with Sirius Black when he goes after him in Prisoner of Askaban. Both the scenes were brilliantly depicted by the young bright star after seeing which you will be convinced why he was the BEST choice to play the lead character.

Years and years of practice and growing up gradually being a part of such a worldwide franchise was certainly overwhelming for Daniel Radcliffe and also his costars. But looking back at all the movies and these audition clips, we’re sure the actor must be feeling content with the work he has done. In the third half of the video we can see Daniel trying on the iconic spectacles worn by Harry Potter, and the moment he puts them on, even the casting director was sure he was the perfect choice!

Daniel Radcliffe was recently seen in the film Victor Frankenstein and has established his acting career well even after the HP franchise ended. He will next be seen in Now You See Me 2 set to release early next year. Take a look at the audition clip here: