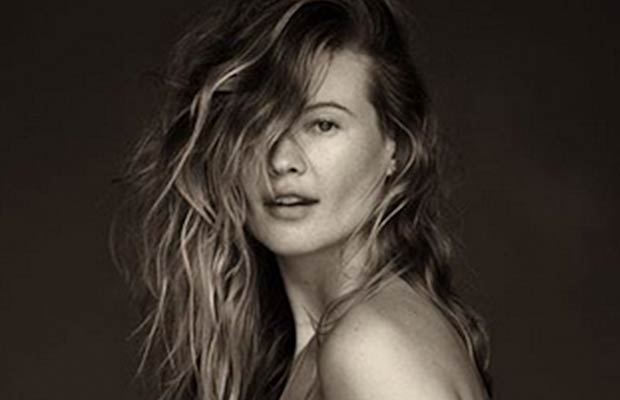 [tps_footer]Adam Levine is most famously known for his involvement in the award winning band ‘Maroon 5’. While the handsome singer is known for the prowess of his vocal cords, he is also known to be the husband of one of the ost beautiful women on the planet. Levine is married to 27 year old Behati Prisloo who is a former Victoria’s Secret model.

Prinsloo who was part of the ‘Animals’ music video with Levine is expecting her first child with him. On Monday, the proud father to be went ahead and shared a portrait of a topless Prinsloo showing off her baby bump proudly. He captioned the picture with flame emojis and we agree that the picture is total fire! The 37 year old singer is expecting his first baby with Prinsloo this September. The couple is also reportedly very excited about the fact that they are having a daughter.

The model has carefully and consistently been documenting her body’s transformation on social media which has been received well by fans. However, Levine too has been rather enthusiastically documenting the progress on his own social media. It was after the 20th week where according to Levine ‘the belly had popped’ and that’s when he got in on the pregnancy fun alongside his wife. In fact, just last month Levine posed for a mirror selfie with Prinsloo.

Adam Levine who is famously known for being a part of the ‘Voice’ married the Namibian model Behati in 2014 at a hush hush ceremony in Mexico.