Hollywood star Kaley Cuoco has a new furry friend now as the actress adopted a new puppy recently. Kaley shared an adorable snap of hers with her adopted puppy who is absolutely adorable and cute. The star further revealed that she got the same because of her mom who showed her the puppy’s picture a while back. The Big Bang Theory star has been having a rough time since her split with husband Ryan Sweeting, and it looks like she is doing her best to keep her mind occupied.

The new furry friend’s name is Chester who has been adopted by Kaley Cuoco from an animal shelter in California. The actress has always adored animals as her Instagram account is filled with pictures of her with dogs, cats, horses and what not! Kaley wrote the caption, “Welcome to the family Chester Cuoco!!!! ?? thank you @pawworks ??? #couldnthelpmyself #savethemall #iblamemymomforshowingmehispicture @peteyleo” 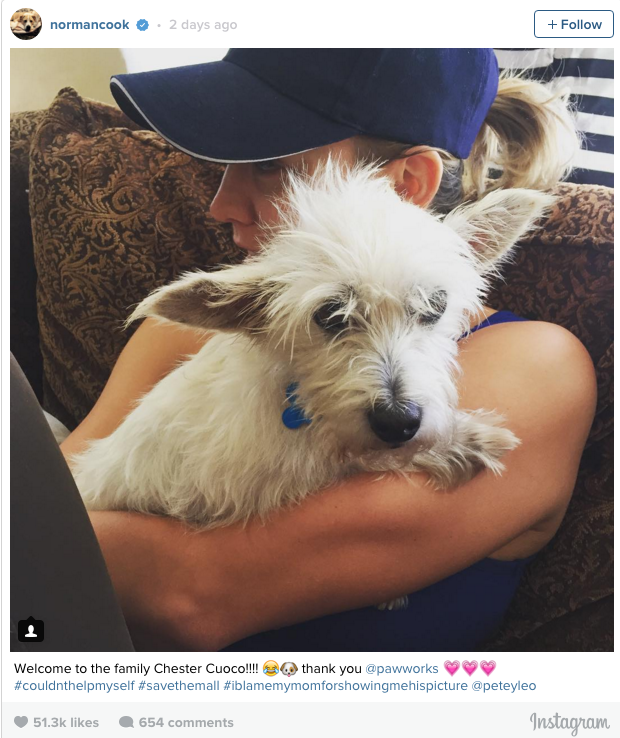 The adorable snap sees the actress wearing casual tee shirt and a Longines cap posing sweetly with her family’s new member, Chester Cuoco. Kaley has been in the limelight for the past few weeks for her sudden split with Ryan Sweeting after only 21-months of marriage. The star had however thanked her fans and friends for the immense support they have shown. Kaley Cuoco recently wrote a message for them on Insta that read, “”I want you to know, I read all your comments and your sweet words have touched me deeply. I’m incredibly grateful for all your love as I start this next chapter in my life.” 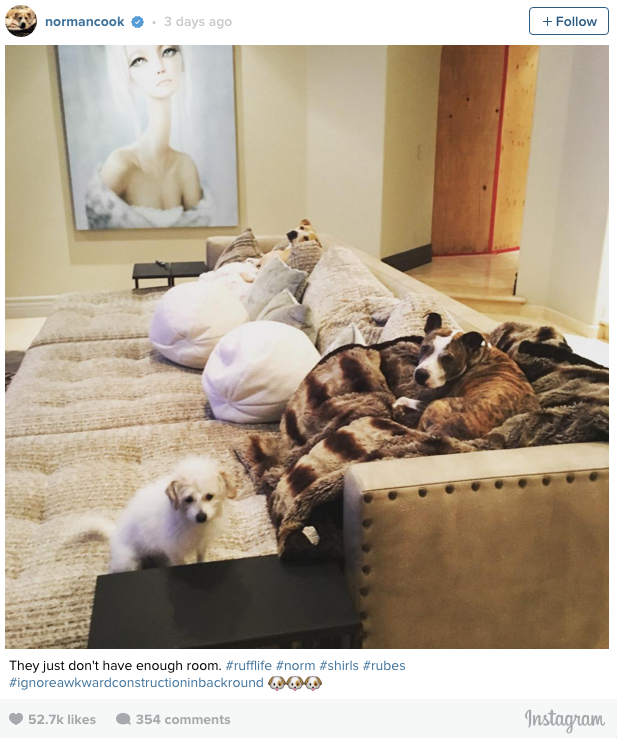 Well for now, it looks like Kaley is living her life with her show The Big Bang Theory being aired currently. The star has gained immense fan following around the globe for her role as Penny in the sitcom. Kaley Cuoco shared another snap of her adorable canine family with a caption that read, “They just don’t have enough room. #rufflife #norm #shirls #rubes #ignoreawkwardconstructioninbackround” Well we’re certainly loving Chester Cuoco!