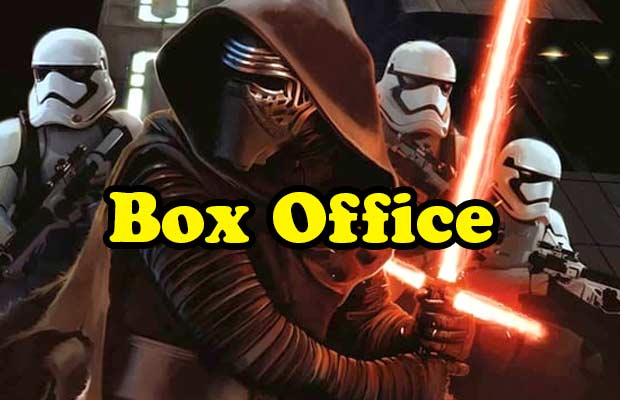 [tps_footer]Hollywood film ‘Star Wars: The Force Awakens’ that released in India on December 25, has failed to work its magic due to lesser audience. The film was released in different dubbed versions but has collected major business only from its English version. The film is breaking all sorts of records internationally due to crazy fan following but the same kind of enthusiasm is shared by only a few segment of audience in India. Mainly metropolitan areas like Mumbai, Pune and Delhi have been giving best response with few places in South.

‘Star Wars: The Force Awakens’ was released worldwide on December 18, 2015 but in order to avoid getting involved in the ongoing clash of ‘Dilwale’ and ‘Bajirao Mastani’, the film was postponed for a week in India. However even that doesn’t seem to be helping much since audiences are still preferring the Bollywood releases over this relatively lesser known Hollywood release. In fact performance has been lower than few of the previous Hollywood releases also. This can also be due to the less number of screenings as it is facing competition from not one but two major releases.

People from decades of generation gathered to watch the most awaited Hollywood movie of 2015 and as a result of which ‘Star Wars: The Force Awakens’ collected $517 million (Rs. 34.30 billion) in its first weekend in USA and Canada areas. According to trade analysts the film has the potential to become the highest grossing film of all time leaving Avatar behind. Now only time will tell how much growth the film as in India.[/tps_footer]