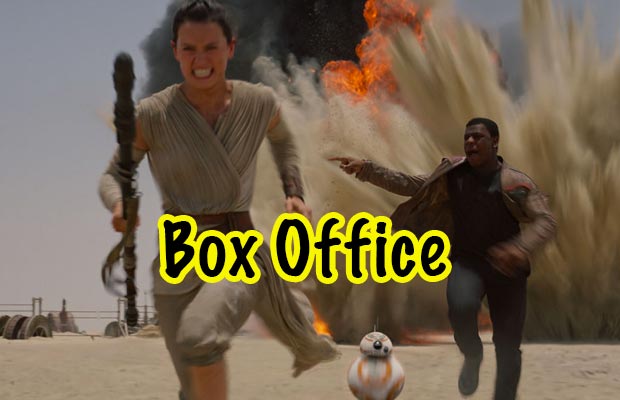 [tps_footer]‘Star Wars: Episode VII’ may not have gained laurels in the Indian continent but has crossed the 1 Billion dollar mark in record time. The film which was much in limelight since its inception has finally created a new record all by itself. The film which is the seventh part of the series has created a history with the collection of Rs. 6614 crore net approx. on the global front in record time.

With the Christmas weekend and a festive week, the film ‘Star Wars: Episode VII’ managed to rake in mind boggling collections. If one compares the film ‘Jurassic Park’ with ‘Star Wars’, the former took around thirteen days to reach the mark of Rs. 7276 crore net approx.., whereas the worldwide figure of the film ‘Star Wars’ has already reached the 1.1 billion dollars mark.

The series of ‘Star Wars’ has gained immeasurable collection in the international market due to the large fan following, however the film could not impress the masses in the Indian continent. Only the metropolitan cities in India received a considerate amount of collection for the film ‘Star Wars: Episode VII’.

The film tried its best to attract the audiences at the theaters by postponing the release date in India to avoid competition with ‘Dilwale’ and ‘Bajirao Mastani’. But seems like the tactic couldn’t show much wonders. Nevertheless, the film ‘Star Wars’ has all the reasons to rejoice with its record time collection globally.[/tps_footer]