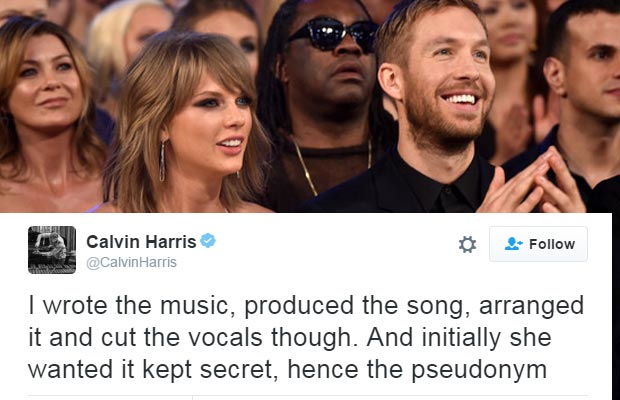 [tps_footer]Things are going pretty ugly between ex-lovers Calvin Harris and Taylor Swift. Calvin and Taylor’s love story ended on a shocking note after Taylor immediately started dating Tom Hiddleston. Taylor and Hiddleston are on a global travel spree but Harris is no mood to take things lightly. Calvin and Taylor Swift were very much together initially and they ended their romance in the month of June.

The recent war has triggered after Harris accused Taylor that she is making him look bad. Apparently, Taylor Swift helped Calvin in penning down the song This Is What You Came For. Calvin himself had confessed that Swift was involved in the process of the song.

Both the past lovers wanted to keep this a secret that Swift had written the song. The pretty artist Swift had recorded the demo of the song on her iPhone under the pseudonym Nils Sjoberg. However, Calvin Harris and Taylor parted ways after dating each other for 15 months. Initially, both of them maintained that they have broken up respectfully.

Calvin Harris has now taken to the micro blogging site Twitter to give way to his emotions. The artist posted a series of tweets slamming Swift saying, 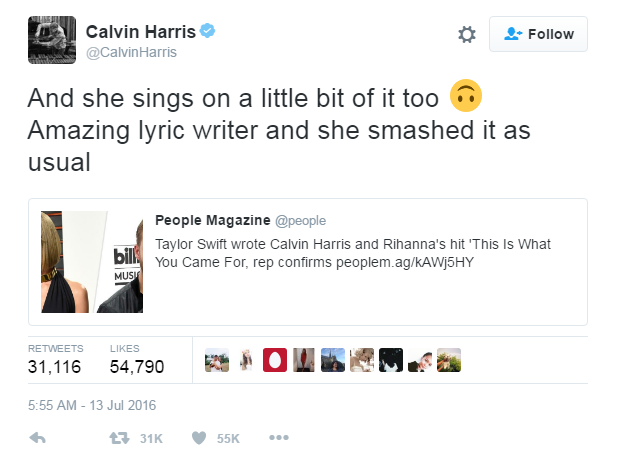 I wrote the music, produced the song, arranged it and cut the vocals though. And initially she wanted it kept secret, hence the pseudonym 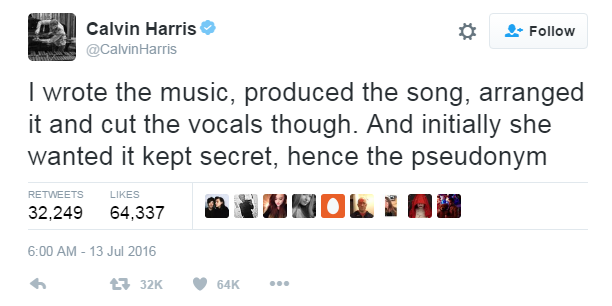 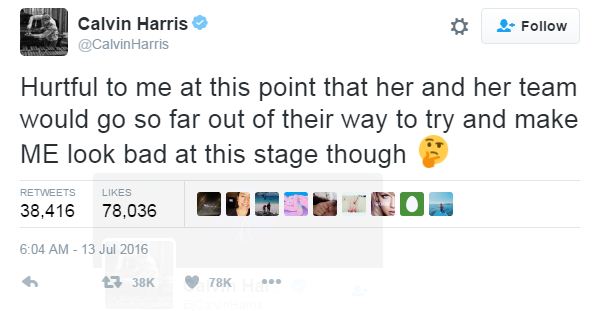 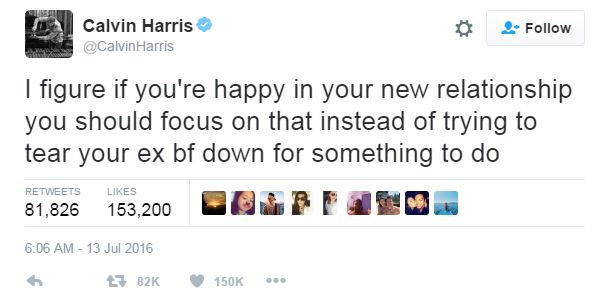 I know you’re off tour and you need someone new to try and bury like Katy ETC but I’m not that guy, sorry. I won’t allow it 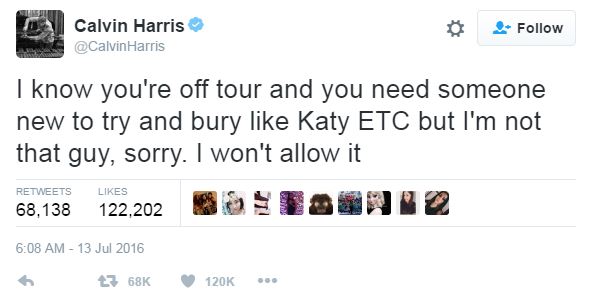