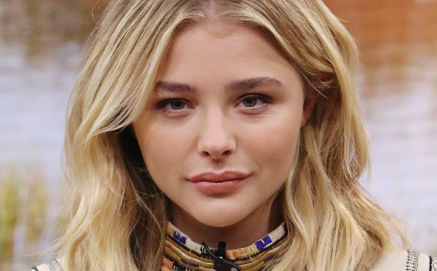 [tps_footer]Hollywood teen star Chloe Grace Moretz is currently on the promotional tour for her upcoming film ‘Neighbours 2’ in which she is starring alongside Seth Rogen and Zac Efron. The actress has been touring and doing tons of press for the upcoming film. In a recent interview, the 19-year-old actress addressed about her feud with reality star Kim Kardashian West.

In March 2016, Kim posted an inappropriate selfie on her Instagram account and literally broke the internet. Apparently, the picture was a throwback and she claims she just wanted to show off her post-baby fit body to her fans. Well, this did not go down with the teen star as she tweeted her saying that she is setting a wrong example for the younger generation.

Chloe has graced the cover of Glamour Magazine’s June 2016 issue where she addressed the whole issue. She said, “I had just gotten off a plane from South Korea, I was incredibly jet-lagged, and I couldn’t take one more thing. I saw that photo, and I had to say something. That picture wasn’t linked to body confidence. It wasn’t a #BodyConfidence or #LoveWhoYouAre. It was done in a slightly voyeuristic light, which I felt was a little inappropriate for young women to see. … I would hate for young women to feel they need to post certain photos in order to gain likes, retweets, favorites, and male attention.… I wasn’t slut-shaming. It’s not about body shaming.”

Well, instead of taking the high road Kim decided to take a jab at Chloe by replying that people need to welcome her as nobody knows her. Kim made the entire incident about being body shamed by women but Chloe had something else to say! Talking about Kim’s snarky reply, Chloe said, “I started laughing. I was at dinner with my family [when] I got the notification [on my phone]. I look at it and I go, Oh my God. She responded. My mom took the most offense to it because it was girl-on-girl hate and Kim didn’t come back with an educated response on body confidence. It was aggressive, and also it was incorrect. I don’t have 45 million followers or a TV show that follows my life. But people know who I am. I pride myself on having opinions, and I don’t express them in snarky ways toward people.”

Here are the tweets: 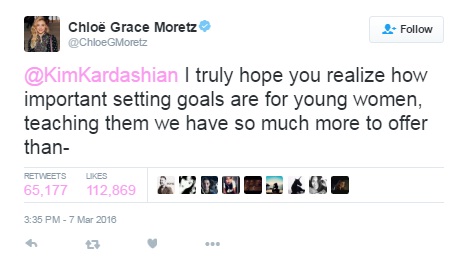 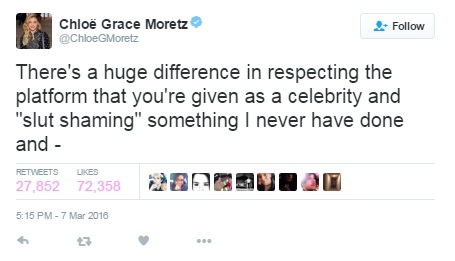 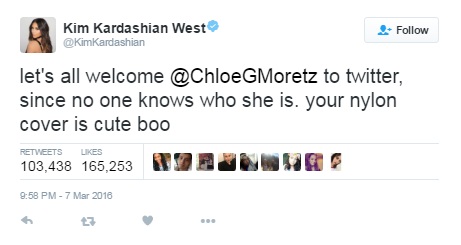