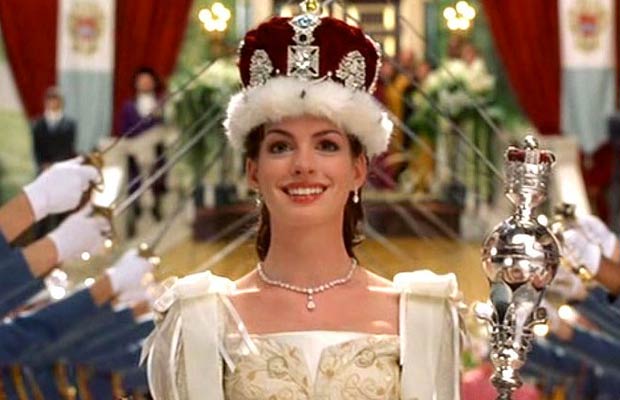 [tps_footer]The Princess Diaries franchise are based on the books written by author Meg Cabot. Actor Anne Hathaway made so many young girls imagine themselves to be a young beautiful princess by playing the protagonist Mia Thermopolis a.k.a Amelia Mignonette Grimaldi Thermopolis Renaldo. And, now it’s time for director Garry Marshall to bring the entire star cast together once again to complete the third installment of this series.

But, Garry Marshall is not sure of casting Chris Pine again as the director feels Chris is too big for this movie now. Oops ! Many will miss this handsome sweet Prince Charming in the third installment as he played the love interest of Anne Hathaway’s character Mia. Unfortunately, there were some media reports that even suggested of replacing Anne with another young actress who would take the story further but now the makers have given their weird thought, a second thought. We hope the same happens for Chris as well.

It’s reportedly said that director Gary Marshall had a meeting with Anne Hathaway during her pregnancy and they discussed the third installment in Manhattan. Anne was super excited about this new project and it didn’t take too long for her to connect Julie Andrews on Skype and bring her on board too. Wow ! So, now at least we have a confirmation from Marshall that Anne Hathaway, Julie Andrews will definitely be part of The Princess Diaries 3 and soon we will share more with you more about this project.[/tps_footer]