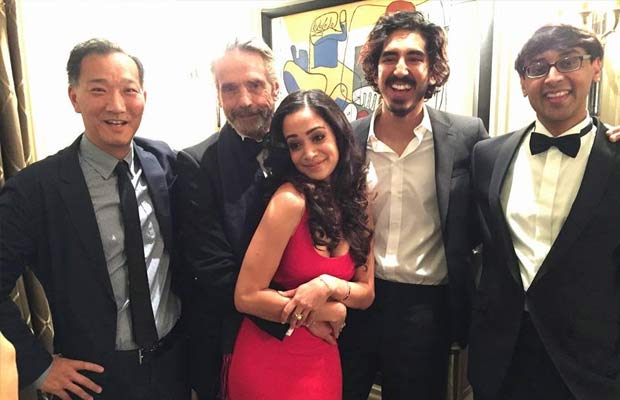 [tps_footer]Dev Patel, who shot to fame with Danny Boyle’s ‘Slumdog Millionaire’, will be next seen playing the lead role in ‘The Man Who Knew Infinity’, a film based on the life of mathematical genius Srinivasa Ramanujan and though Patel is being lauded for his performance in the film, not many might know that Dev actually is bad at math!

Confirming the same, Dev admitted that while shooting the film, the makers had got a mathematician named Ken Ono on the sets to break down complex mathematical formulas for Dev. The actor further quipped that despite the help of Ono, he did not understand most of what was being explained to him and that there was a quite a lot of acting required so as to cover up his mathematical inabilities. For those who do not know this, Ken Ono is a Japanese-American mathematician who specializes in number theory, especially in integer partitions, modular forms, and the fields of interest similar to that of Srinivasa Ramanujan.

On his part, Ono says, “I was involved because they wanted to get their mathematics right and before I knew it, I was on the sets in England, helping out with so many different things. It was of course difficult to explain how to be a mathematician to someone who is not a mathematician. My favourite scene in the film is the scene where Dev Patel, who plays Ramanujan, completes a complex mathematical formlua on the blackboard and one can see that he has done it in real time. My challenge was to select a formula that he could remember easily and complete it in the sequence.”

An Edward R. Pressman/Animus Films production in association with Cayenne Pepper Productions, ‘The Man Who Knew Infinity’, starring Dev Patel, Jeremy Irons, Devika Bhise, Stephen Fry, Toby Jones and Arundhati Nag, has been written and directed by Matthew Brown and is slated to release, in English and Tamil, on April 29, 2016.[/tps_footer]