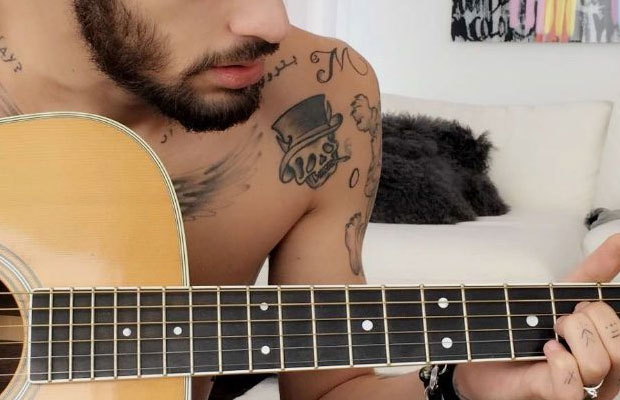 Gigi Hadid is making all the girls jealous. The starlet who is on cloud nine with Zayn Malik is leaving no stone unturned to flaunt her affection for the former One Direction artist. Zayn and Gigi gained loads of headlines for their alleged breakup. The two super celebs have always been the talk of the town for their personal life.

Well, shutting up all the rumors in its way Gigi has now posted something too glamorous for the fans. Zayn Malik in a shirtless avatar is dream sight and Hadid is one lucky celeb to witness that. Gigi took to Snapchat and posted a shirtless picture of the Pillowtalk star. 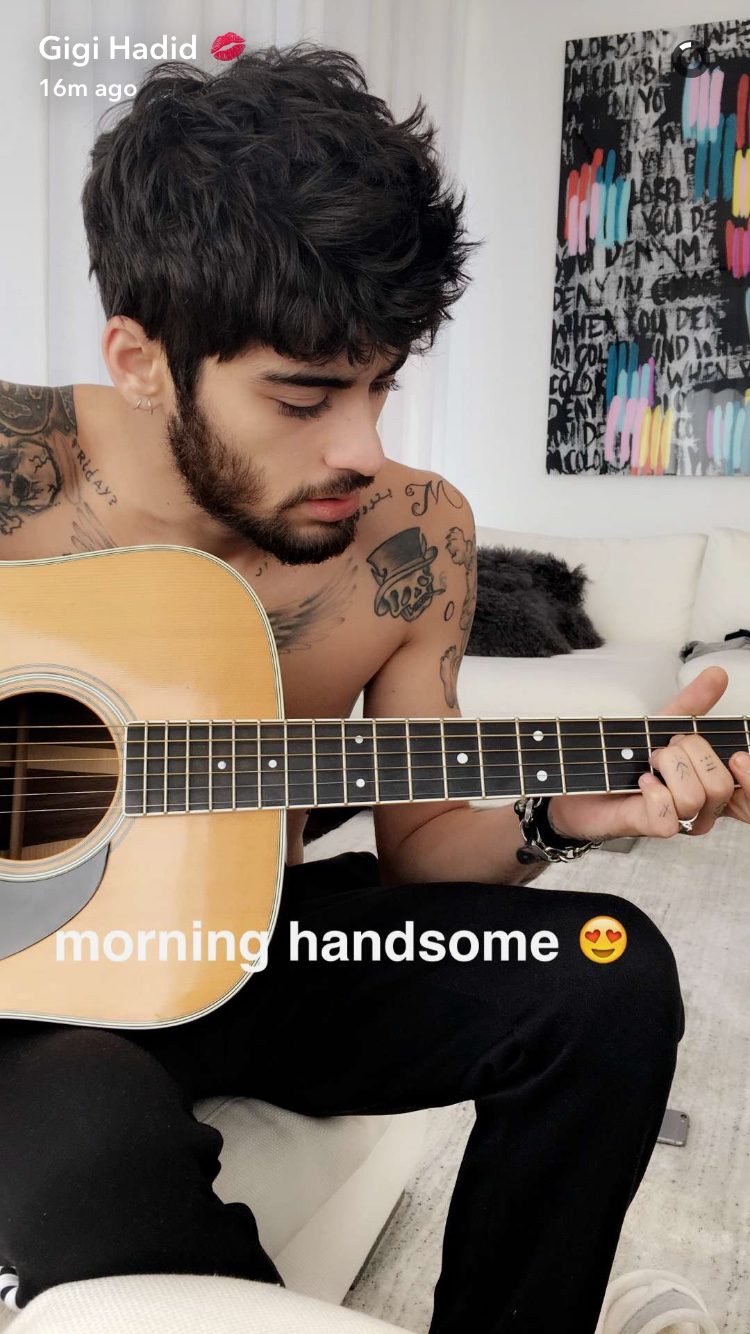 The snap sees Zayn looking dashing as ever with a guitar in his hand. The artist is in a candid mode with sleepy eyes and is engrossed in his tunes. Zayn’s inked arms and shoulders are a treat to the eyes!

Well, not only the picture but also the caption is highly justified. Gigi Hadid captioned the marvelous snap saying, “morning handsome”.

We cannot agree more with the statement. The two have surely proved that they are very much together and the rumors about their breakup are baseless.  Lastly, Gigi, thanks for treating us with such a mind-blowing picture!