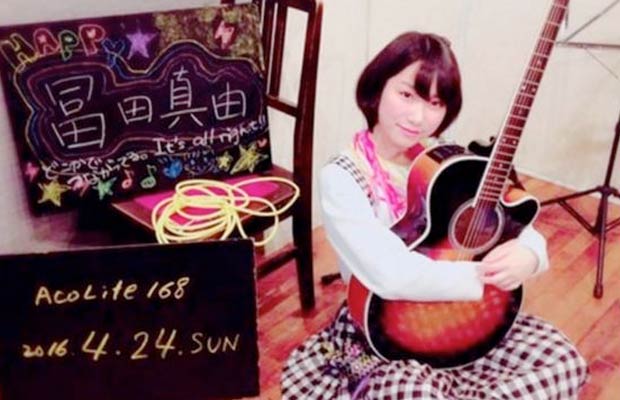 [tps_footer]One of Japan’s most famous, loved and sought after pop stars, 20 year old Mayu Tomita is in critical condition after being stabbed by a fan 20 times allegedly. Mayu is a J-Pop (Japanese Pop) star who was earlier a part of a music group called ‘Secret Girls’.

The Japan Times reported that the Tokyo Metropolitan Police arrested Tomohiro Iwazaki, 27, after he allegedly attacked Mayu Tomita with a knife, stabbing her 20 times. The attack occurred around 5 p.m. on Saturday reportedly. Mayu had apparently filed a complaint with the Tokyo Police stating that Iwazaki had be persistently sending out messages to her via social media.

On Saturday when the incident occurred, Mayu was set to give a live performance according to her blog. It was then that Iwazaki approached her and started stabbing her with a folding knife apparently after asking her about a watch he’d sent to the J-Pop singer in January or February this year , and which was returned back to him around April. “I ambushed her at the station and asked her (about the gift),” the Times quotes him telling police. “I lost my temper and stabbed her many times because she didn’t clearly answer.”

Apparently after Mayu blocked him on social media, he began harassing a friend of the J-Pop singer who also happens to be an actress. [/tps_footer]