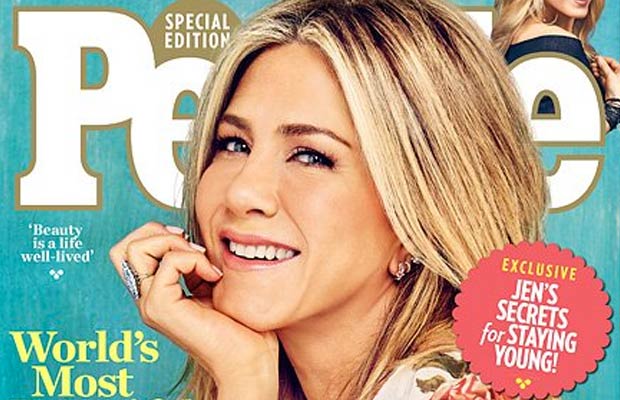 [tps_footer]Hollywood actress Jennifer Aniston has been in movie business of quite some time now. The actress, who rose to fame for her role as Rachel Green in TV Show ‘Friends’, has been named World’s Most Beautiful Woman 2016 by People’s magazine.

Over the years, several actresses have bagged this coveted title but people kept wondering how Jennifer Aniston made the list. Well, it was worth the wait. Jennifer, who is now 47, looks flawless even when she is reaching her 50s. The woman has been looking fit and healthy for years now and has been a constant reminder to the women that they need to take care of their body.

The announcement was made on April 20 on People’s magazine twitter handle. This isn’t the first time the actress has bagged this title. In 2004, showbiz magazine also declared her as Most Beautiful Woman. But, People’s magazine title appeals a lot.

In an exclusive interview with the magazine, Jennifer says, “When I found out, there was this sort of excited, teenage-y kind of moment. I was very very flattered.” When asked about what is beauty according to her, she says “Inner confidence. Peace. Kindness. Honesty. A life well-lived.Taking on challenges and not feeling shame for things that haven’t gone the way you felt they should have. And not feeling like a failure or allowing people to critique your life and make you feel like you’ve failed at something. That’s just toxic noise.” 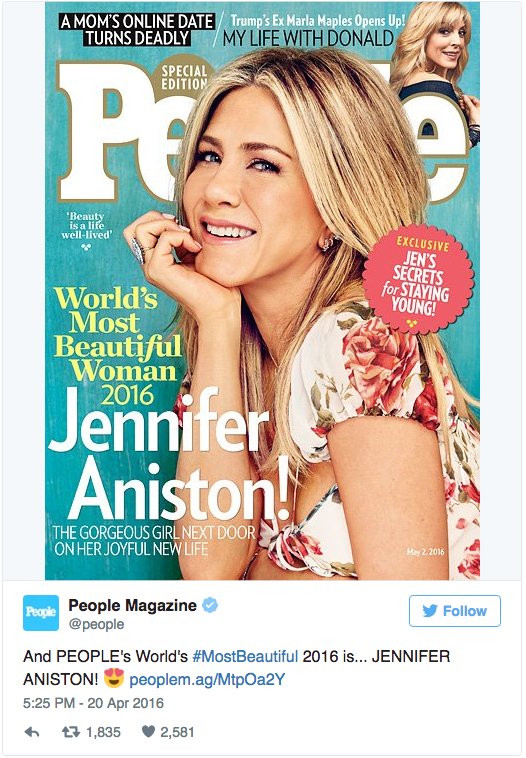