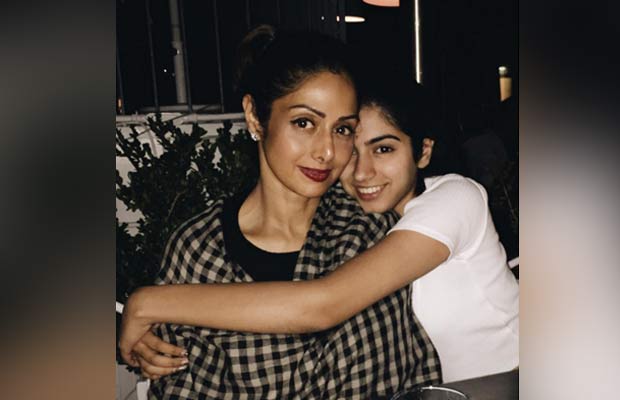 [tps_footer]For any human on this planet, the place for mother in our hearts is the purest and unconditional. It’s so hard to deny the never-ending relationship between a child and a mother. Won’t it be ideal to watch a child being friends with it’s mother than to just be a child for the rest of his or her life ? We feel Khushi Kapoor, Sridevi’s youngest daughter understands this relationship very well. The way she wrapped her gorgeous mother Sridevi into her arms speaks volumes for a sweet relationship they share. Mostly we have spotted Jhanvi Kapoor, elder daughter of Sridevi accompanying her at several events. But, now it’s Khushi Kapoor’s turn to have her share of love and limelight. Khushi recently posted this beautiful and lovely pic of loving her mother Sridevi. It looks like their relationship is more like best friends than just mother-daughter. 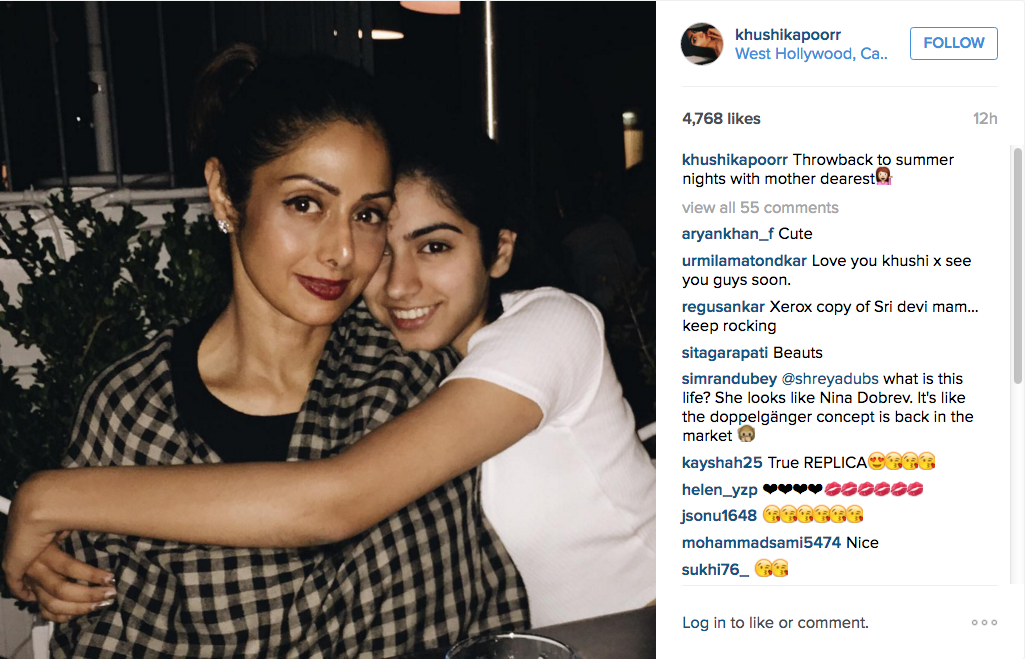 Boney Kapoor should seriously think of coming up with a project where he can cast Jhanvi, Khushi and Sridevi together. It’s said Sridevi is preparing herself for her next movie Ma which is an emotional story between a women’s tense relationship with her step-daughter. It was reported, this upcoming film is on pre production stage and we still don’t have any official announcement for this flick. But, we hope producer Boney Kapoor makes up his mind on casting three beautiful ladies of his family in a movie soon.