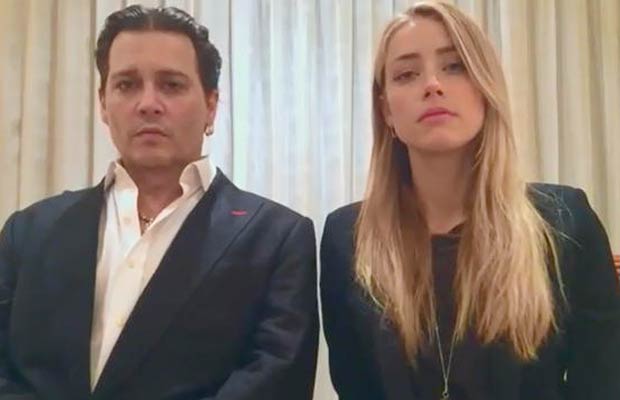 [tps_footer]Johnny Depp and Amber Heard met on the sets of ‘The Rum Diary’ in 2011 and what followed with a beautiful and torrid love affair that culminated into marriage last year. The couple was said to be very much in love and that is why when the news of their divorce broke out, shock and speculation were rife.

So far we’ve heard that Amber has been the one to apply for the divorce and that she also claims to be physically abused by Depp. On Friday, she was even granted a temporary restraining order against him that will be valid until June 17th. Heard had mentioned in court that Johnny hit her on her face with a cell phone, pulled her hair, struck her and screamed at her during a fight as recently as a few weeks ago. Funnily enough, Depp’s version of the story was left untold so far.

However, Depp’s representatives have finally come out with statements on behalf of the ‘Alice in Wonderland’ actor after this long period of stony silence.  “Given the brevity of this marriage and the most recent and tragic loss of his mother, Johnny will not respond to any of the salacious false stories, gossip, misinformation and lies about his personal life. Hopefully the dissolution of this short marriage will be resolved quickly.” said the Mr Depp’s representative to the media.

Depp is also out of the country according to lawyer Laura Wasser and he won’t be returning from Spain for the coming several weeks. Is he actually bus working or is Depp just shying away from the intense media glare on him right now?

What do you think? Tell us in the comments![/tps_footer]