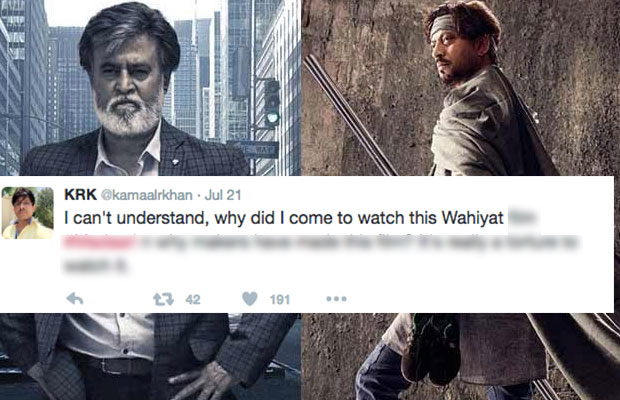 It comes as a shock to know Kamaal R Khan (KRK) appreciating any film, and he has done so, for Rajinikanth’s Kabali. Kamaal R Khan is known for his outlandish language, not caring to hoots to anyone’s feelings.

But this time, he had very good words to say for Rajinikanth’s Kabali.

KRK tweeted earlier saying he could not watch Kabali as all the shows were fully booked in UAE, and he can’t even find 1 seat in any theatre all over UAE.

He tweeted, What a great film #Kabali! Full of emotions n patriotism. It’s going to be sure shot blockbuster all over south India. Salute to Rajnikant.

He tweeted, It’s interval n what a Wahiyat, Ghatiya, nonsense film #Madaari! Only brainless filmmakers can waste crores of rupees on such a crap film.

He further tweeted, I can’t understand, why did I come to watch this Wahiyat film #Madaari n why makers have made this film? It’s really a torture to watch it. 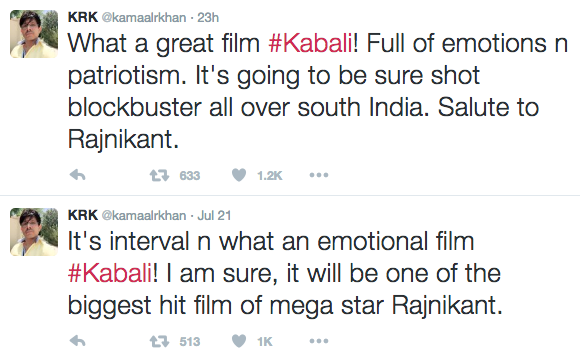 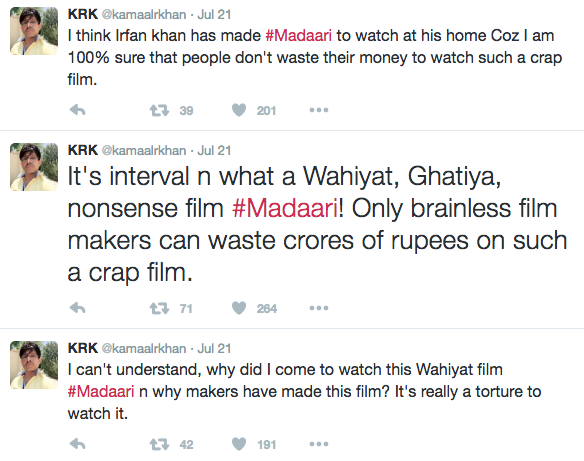 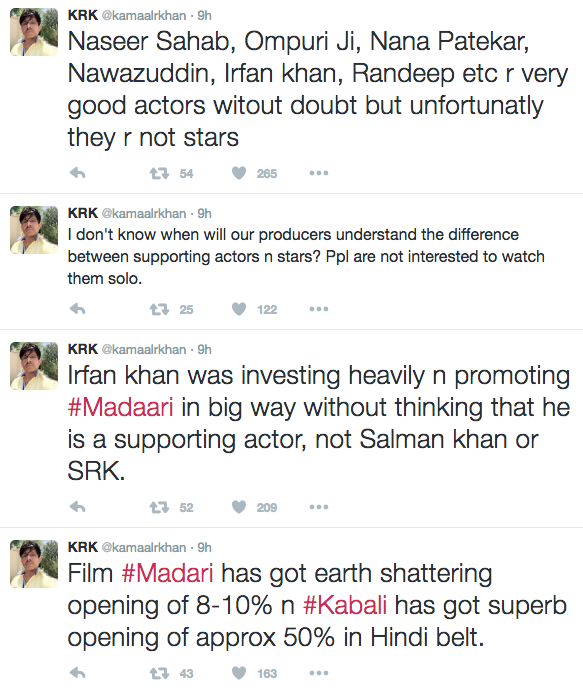