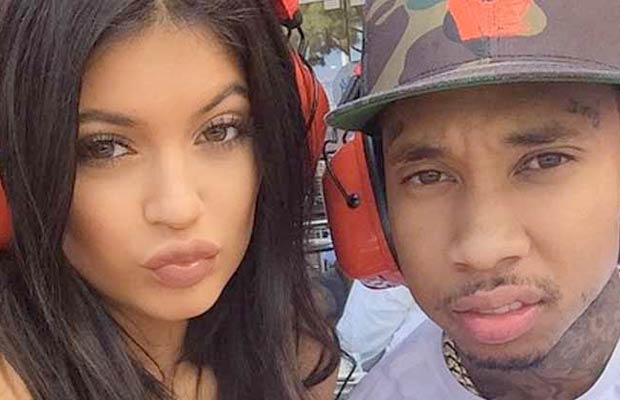 [tps_footer]Kylie Jenner is one of the many celebrities who are absolute pros at utilizing Snapchat to inflict as much damage as possible. When a couple breaks up, there is a silent, unofficial but desperate war that begins between the two to determine who got back up faster and essentially ‘won’ the breakup. Well, in the case of the pretty Kylie Jenner and Tyga, looks like Kylie won this round.

Kylie has been sending very racy pictures of herself with her boy-toy, 22 year old PND (PartyNextDoor). Apparently Kylie has been very catty and kept sending increasingly rauncy pictures of her with PND and in some shots PND is even sporting some jewelry that Tyga brought Kylie. Apparently the rapper was disgusted and really disturbed to see Kylie hugging, snuggling and kissing her new beau. But what has upset Jenner’s ex is that the chain he brought for her was given to PND.

According to sources, Kylie loves attention from Tyga and is horribly upset that he is not chasing after her trying to get back together. Although that was the case when they initially broke up, after Kylie’s Europe trip, Tyga fell silent and since then Kylie has been doing everything in her power to piss him off. Given their on again – off again relationship status, we are not completely sure if this is the sad end for Kylie and Tyga.

What do you think? Is there any chance that the two lovers will reconcile or is this the end of an era?[/tps_footer]