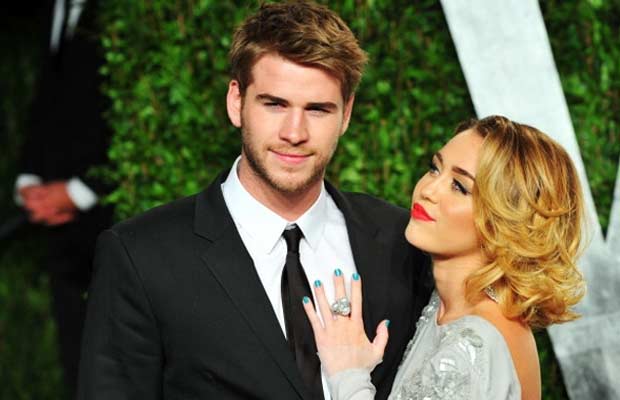 [tps_footer]Hollywood actors and former couple Liam Hemsworth and Miley Cyrus created a huge buzz when they were spotted together few months ago after they broke up in 2012. Everyone started speculating that they are back together after Miley was spotted with him again and this time with Liam‘s family members.

Few months ago, adding spice to their rekindled romance Miley posted a picture on her Instagram wearing a diamond ring which she had received from Liam when they got engaged in 2012. It was obvious to think that the former couple is back together and have gotten engaged again. But, it seems like that is not true. Liam addressed the rumours about him getting engaged again during an interview with Australia’s website, TV Week.

The 26-year-old ‘The Hunger Games’ star clarified that all the reports claiming about Miley and him being engaged are false. He told the magazine that he has been keeping a very low profile on his relationship with Miley. He said “I am not engaged, no. I just don’t leave my home. For the last few months, because I had a back injury, I really couldn’t do much. So I have honestly been at my house most of the time. I did have a helicopter flying over my house for a while.”

The pair has been spotted at various places together in recent times. First, Liam and Miley were spotted on a brunch with Liam‘s family which included his brother Chris Hemsworth as well. Earlier this week, Miley accompanied Liam to the premiere of his older brother Chris‘ new movie ‘The Huntsman: Winter’s War’. They did not walk the red carpet together instead they directly went inside the theater. But, they couldn’t hide from all the paparazzi shots. A fan took a picture with both of the actors and that is how fans got the news that they were in fact together at the premiere. 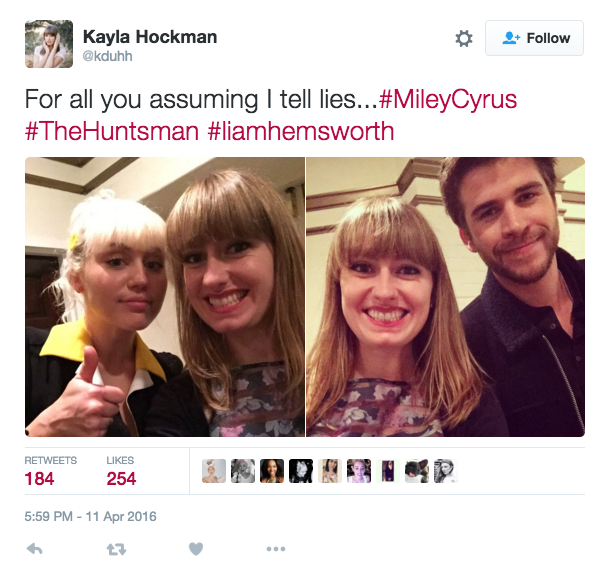 Well, as long as they are together, fans are delighted about it.[/tps_footer]