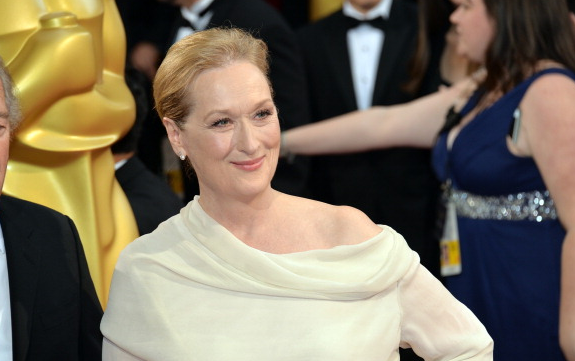 Hollywood’s veteran star Meryl Streep has taken a step forward to try and get the banned documentary India’s Daughter into the Oscar race. The documentary that was banned in India by the government, created huge waves of applaud overseas and the same was premiered in USA by Streep and Frieda Pinto. The actress has now revealed that she is trying to get the documentary in the Oscar race, as she believes it deserves the highest honour of film industry that is the Academy Award.

Based on the life of Nirbhaya, an Indian girl who was raped and brutally assaulted by six men, India’s Daughter saw real life interviews with her mother and father, the lawyers involved in the case, as well as one of the accused criminal. What shocked everyone the most was this attacker’s lack of humanity, as he openly stated the victim’s death was her own fault. The documentary has been made by British filmmaker Leslee Udwin.

People all over India expressed their disappointment rage and disapproval when government made a decision and banned the BBC documentary based on December 16’s Delhi gang rape, named ‘India’s Daughter’. And now with the news of Meryl Streep backing it up for the Academy Awards, hopefully the spark will rise again and the film will see its day of light in India soon. The film was apparently banned owing to its fragile controversial nature.

While premiering the film in USA, Meryl Streep was moved beyond words and couldn’t speak for moments after the film ended. Oscar winner Meryl Streep talked to a large audience at the Baruch College of the City University of New York where the premiere was held. Paying her dues to India’s Daughter she had stated, “For weeks after her death, she was nameless, she was known as India’s daughter. Tonight, she is our daughter too.”