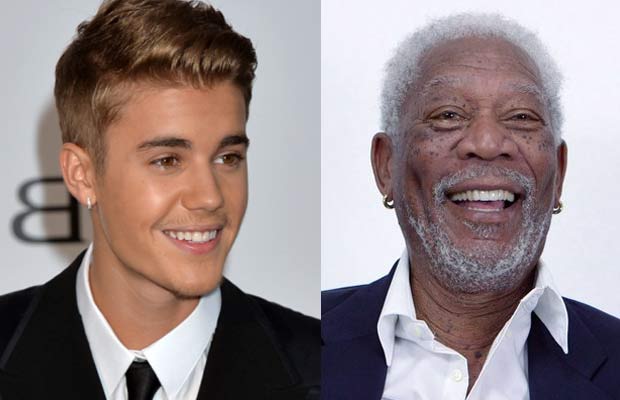 [tps_footer]Justin Bieber’s every track is viral the moment it goes on floors. With his latest track Love Yourself, Justin has yet again managed to increase his fan following. Morgan Freeman who is applauded for his narration skills worldwide has now given a heart touching reading of Bieber’s Love Yourself.

With Freeman’s up to the mark dictating skills and a few changes here and there, Justin’s Love Yourself has now got a new side to fall on. Morgan Freeman’s godly voice is not new to anyone, and his realistic expressions of raising eyebrows on the stanza ‘My mama didn’t like you, and she likes everyone,’ is a treat to the eyes.

Morgan Freeman who is starring in the film ‘London Has Fallen’ sportingly agreed to lend his dramatic voice for narrating Justin Bieber’s Love Yourself. The video which was uploaded on the video sharing site YouTube sees Morgan in a highly classy mode. The stanzas in the song were narrated by him like a dialogue and the same gave a completely new meaning to the song.

Going miles away from the perspective of Justin Bieber, Morgan’s narration gives a new interpretation to the song. Freeman taped the video for Vanity Fair. The classy celebrity Morgan starts the video by saying, “I’m going to give a dramatic reading from a very popular song right now.”

Well, not only are the fans going gaga over this narration, even Justin could not stop himself from retweeting the video on the micro blogging site Twitter. 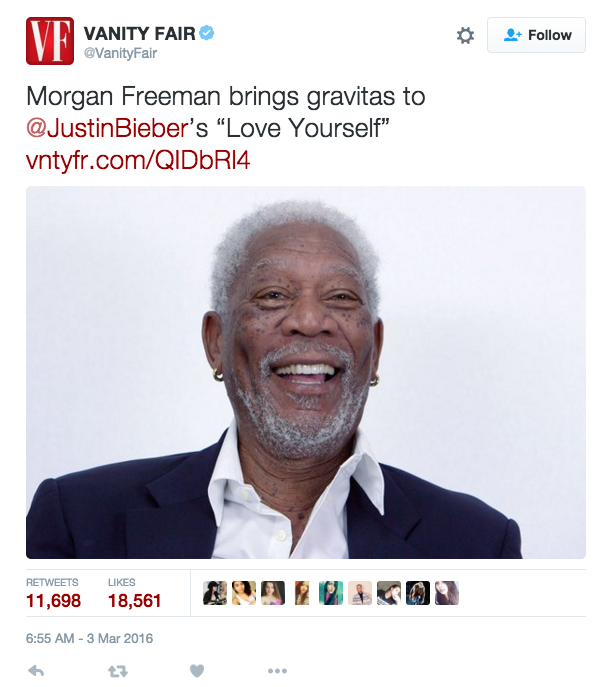 Seems like, both the talent bundles are head over heels for each other’s creative traits.[/tps_footer]