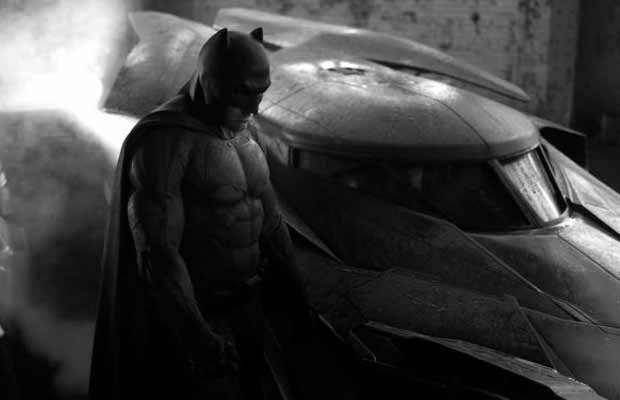 [tps_footer]Which child on this planet won’t like to see his or her, father or mother playing a superhero that they have watched in other movies and have seen pics of various superheroes in comics in a new Hollywood movie ? Especially, if daddy is as handsome as Ben Affleck then won’t it be a super fun to watch ?

But, during a recent interview Ben Affleck revealed that his son Samuel, maybe happy to see him as a Batman on screen but his daughters had something else to say,

“I think the girls are into it but my oldest daughter (Violet) is a super Harry Potter nut so she’s wanted me to be in that,”

He even replied like a doting father and said,
“I told her, ‘I didn’t have the option to be in a Harry Potter movie — this is what I got.'”

It’s reported recently that, “The Oscar winner thinks Violet, 10, and Seraphina, 7, will be more into Wonder Woman, played by Gal Gadot. ‘She’s a cool role model for girls,’ Affleck said. ‘I didn’t want to make a movie where the guys were the heroes and the women were the damsels in distress. Wonder Woman comes in and was more heroic than the both of us.‘”

Batman Vs Superman : Dawn Of Justice, this superhero film is being directed by Zack Snyder, it’s based on the characters published by DC Comics and will be starring Hollywood A listers actors like Ben Affleck as Batman, Henry Cavill as The Man Of Steel a.k.a Superman, Gal Gadot as Wonder Woman and Amy Adams, Jesse Eisenberg, Diane Lane, Laurence Fishburne, Jeremy Irons and Holly Hunter will also be part of this much awaited movie. It’s a highly anticipated movie and for now the craze of superheroes and their flicks is the current rage of Hollywood filmmakers and every actor is more than happy to become a new Spiderman, Superman, Batman and many more.

We hope after watching Ben Affleck as Batman, both his daughters Violet and Seraphina, fall in love with this superhero instead of just admiring Harry Potter, we love him too but are eagerly waiting for Batman Vs Superman : Dawn Of Justice to get released soon.[/tps_footer]