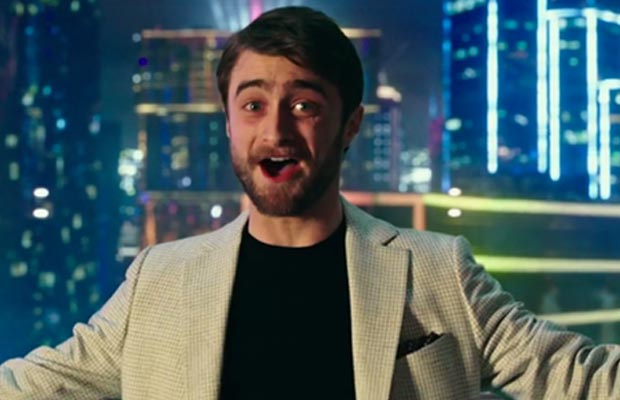 [tps_footer]Hollywood film ‘Now You See Me 2′ is out with its trailer and we’re quite excited about the new additions, including Daniel Radcliffe. The star studded film has taken up the magic and grandness a notch higher, in order to give us the perfect sequel to the brilliant movie that released in 2013. ‘Now You See Me’ gained recognition not only for its great graphic effects, but also for the versatility of actors that are starring together in the film.

The trailer of ‘Now You See Me 2′ starts with a narration by Morgan Freeman from inside a prison telling us how the first movie was only a set up for something bigger. The Four Horseman have increased in number now and become a bigger group, this time to be led by Daniel Radcliffe. Ironically the Harry Potter star is once again a magician in this film, but we’ll get to see no wizardry. We love the jolly entry of the actor at the end of the trailer, in which he looked quite dramatic and handsome.

The first part of the movie saw four magicians mesmerizing audiences around the world with their breathtaking nearly impossible magic shows, stealing money from a bank situated miles away and what not. Soon after which they get chased by a team of federal agents led by Mark Ruffalo and Melanie Laurent. But the twist in the end changes all the equation of police and thieves.

‘Now You See Me 2’ has a star studded cast of Jesse Eisenberg, Daniel Radcliffe, Morgan Freeman, Woody Harrelson, Dave Franco, Michael Caine, Melanie Laurent among others. The film sees actress Lizzy Caplon replacing Isla Fisher as the fourth Horseman as Isla was pregnant during the shooting of the film. ‘Now You See Me 2’ will release on June 10, 2016. Are you ready for some more dose of magic? Watch the trailer here.